Punk bands jam packed ideas and words into short spaces; hence the necessity of the 7” e.p. A zillion punk band issued seven inches not for their traditional purpose of ending up on radio, jukeboxes or in the hands of pre-adolescent music buyers (hey I could afford to buy my friend the Boomtown Rats “I Don’t like Mondays” for his tenth birthday – coolest present he got) but as the sole way their music could escape their local stages.

The e.p. let the band show off more then a couple of songs, often allowing cover tunes and odd tangents to escape. And they played at 33 r.p.m. so if was “too slow” you could speeditfuckingup. The 7” e.p. was that transition between the lowly demo tape and the more rarefied album. Sadly it was also a wall. Bands that produced some crystalline e.p.’s when faced with the daunting task of a full album fell apart (i.e Cringer discussed in the last chapter). Even the vaunted Misfits album (Walk Among Us) was considered a let-down after all those blistering e.p.’s (Bullet, Three Hits from Hell).

It’s the obscure bands from the fag-end of the vinyl era (are we still there yet?) that offer a heartbreaking truth: most bands only have a few good songs and that later attempts to diversify or recapture the original sound are only the grasping of straws. Bands have a Moment: one time where history and their particular talents align and if they grab it – Bam! - we end up with, at the least, a single. After a few more star-crossed attempts they end up careerists, crack addicts or computer programmers. Writers are the same: think Nick Hornby. Hornby had a rock n’ roll career trajectory; that album of early demos (Fever Pitch) the Moment (High Fidelity) the similar-sounding sophomore album (About a Boy) the Mature album (How to Be Good) and the album that tries to reach old and new fans (Long Way Down).

Glibness aside, this Theory of Moments applies especially well to pop-punk bands. So let me present a series; Single Moments of Unfettered Brilliance - bands who fizzed out and quickly faded away. The series will be expanded in times to come. 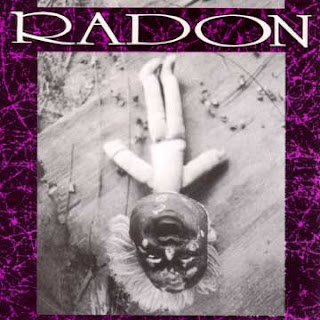 Radon (Bill Clower - drums, Dave Rohm - guitar, vocals, Brent Wilson - bass, vocals) released this exceptional four song e.p. of emo-pop-punk-hardcore mash-up on No Idea Records back in 1992.The four tracks from this single are available on a retrospective CD from No Idea records. 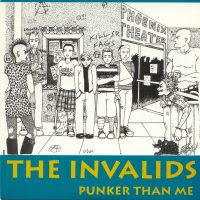 The Invalids (Tony on bass guitar, Sean on drums and Scott on guitar and vocals) wanted to be Green Day and we can enjoy their failure. Failing imitators have a history of serendipitous innovation, though in this case the band ended up sounding like another amazing East Bay punk band – Sewer Trout – maybe I’ll throw in that band's ten-inch Moment to cap things off. This however is the 'Punker Than Me" single from the mid 90's and it's jam packed with sing-along chorus, off-kilter lyrics and stripped-down chord progressions. Insubordination Records has put out an Invalids comp - though not with these songs.

Kamala and the Karnivores (according to the Lookout catalogue, "East Bay pop band that featured Ivy, later of Sweet Baby, Kamala, later in Cringer, the Gr'ups, and Naked Aggression, and Todd, of Spitboy. Sweet songs about being in love, killing boys, and black thumbs") sounded a little indie-rock in their tempos and melodies but they pulled it off with a punkish swagger.Kamala got name-checked by both Screeching Weasel and Sewer Trout! The vinyl is still available and this single got tacked onto to a gargantuan CD of Lookout also-rans so if you like it - buy it. 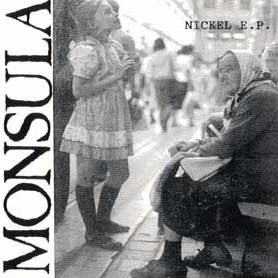 Monsula (Paul Lee on vocals, Chuck Goshert on guitar, Bill Schnieder on bass and Jeff Stofanon drums) got tagged 'D.C." a lot in their time. There seemed to be a doppelganger District of Columbia hidden in the East Bay with bands like Fuel, Jawbreaker and Monsula playing a raspy, angular punk that Ian Mackaye could love. Lookout still has a Monsula album in print but it does not contain all the tracks from this single.

However, a legend has built around Jesse’s post Op Ivy disappearance (despite briefly leading Big Rig) and rumoured vanishing into a Buddhist Monastery. In this novel-in-progress that haunts me Jesse has served as an inspiration (alongside Brian Wilson and Californian music in general) for an unseen singer named Rob Crook.

Jesse’s lyrics combine that Dylan-via-Strummer explosive chains of images with a literary economy his novelist father (Leonard Michaels) was famed for. Jesse tossed off stinging aphorisms like, “Sympathy is only friendship’s whore” in a way few punk lyricist’s ever did.

Common Rider broke up a few years back and Jesse’s creating art now. He’ll reappear one day and be re-appraised for more than just his Clash t-shirt.

The e.p’s that follow are: Jesse’s band Big Rig (out-of-print but available digitally in far better quality on Amazon) and the Common Rider single (out-of-print but I just scored a copy at a local store, named War on Music) plus a rarities single. 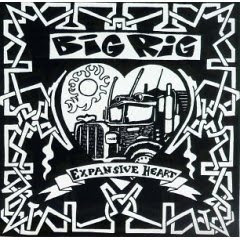 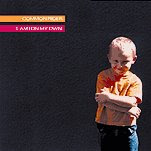 Cringer, as mentioned often, released a series of great e.p.s in the early 90's. To bolster the argument for Lance's strength as a sprinter I've posted the "Rain" e.p which also happens to feature a Kamala song. The original Peanuts cover cannot be located 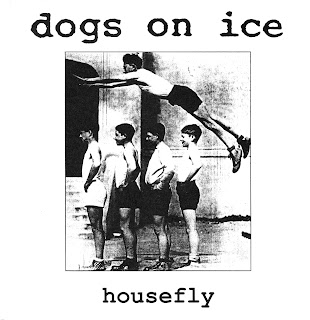 Also from the East Bay in the early 1990's ('93 to be specific) were Dogs on Ice. Definitely almost-rans they had a nice LP on Allied Records but they never surpassed the magnificent "On a String" from the "Housefly" E.P. Joe Popp has made all the Dogs on Ice material available on line - so go hear more.
Dogs on Ice

Let us not neglect the nobly perverse double-seven inch comp e.p. It's advantages over the LP are small - but hey you can have a mini-gatefold like Frampton Comes Alive. 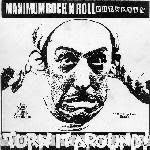 Turn it Around is one of those vinylized moments of history. The Gilman Street Project is better rhapsodized by actual participants (for which you can always count on Larry Livermore). I can tell you tracking this down in the apartment of a pen pal in Chicago (I still have the tape I made of her seven inch singles) back in 1990 was a tiny triumph. This comp includes Operation Ivy, Crimpshrine, Isocracy, (See here), Sweet Baby, Sewer Trout, No Use for a Name and many others.

Sasquatch was also bought by a friend and committed to tape. It's much less cohesive historically, though with a clear jazz-punk bias, including such bands as NoMeansNo, Victim's Family and Schlong. As well there are the pop-punk bands such as Cringer (again!), Moral Crux (more later) and Nuisance.

Then there is the ten inch e.p., which occupies the space between single and album.

We begin with the shockingly obscure Blundermen. Four guys from Toronto who got compared to Stiff Little Fingers but who sounded like Minor Threat had grown up on Steady Diet of Johny Cash. This e.p is great throughout and "My Train's Still at the Station of the Crass" is a standout punk shit-kicker with deft lyrics. Plus it made for great post-break-up listening just like those country hurtin' tunes did. The latest Blundermen-related project is The Blastcaps.

The Blundermen Blunder on Bikini Island

Sewer Trout (from Sacramento from 1985-1990 and included Jim MacLean, bass, vocals Hal MacLean, drums Keith Lehtinen, guitar Erik Benson) were a Gilman Street era punk band who, like the Blundermen, made use of acoustic guitars and loved (in a more obvious way) country music - even stopping to cover "Foolin' Around at the end of this e.p. Their discography was briefly released on CD only to disappear again. I sold my copy (bought at this basement record shop who let the band I was touring with, the Paperbacks, sleep in their storage room) since like so many punk odds n' sods comp it was stuffed with muddy demoish material. I kept the aptly named Flawless 10" though.

Mutant Pop was a label hopelessly devoted to pop-punk. Between 1995 and 2000 Timbo released (or re-released) dozens and dozens of singles from "The" bands with three chord songs about girls. His hit ratio was pretty good. Someday someone will compile a Mutant Pop Nuggets comp to showcase the high points. In the meantime Music Ruined My Life is gob-smackingly proud to present a grab bag of seven rocking Mutant Pop singles. While the label is on long-term hiatus many of these singles can, and should be, be ordered at a modest price (especially if you're in America) from Mutant Pop. The bands herein are: Moral Crux, Cletus, The Hissyfits, The Kung-Fu Monkeys, Darlington and the Wannabe's.