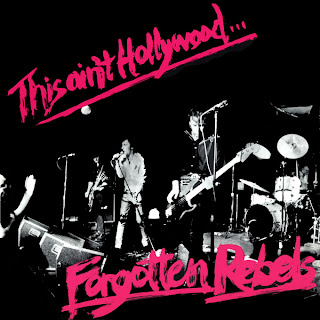 
Of all the early punk bands from the Toronto area*, The Forgotten Rebels are the one that I love the most. While this predilection can be kind of embarrassing at times (leader Mickey DeSadist's ghoulishly obscene lyrics can be cringe-worthy), the band did consistently write great songs, glam-damaged pop-punk songs so infernally catchy you'd actually have to clamp your hand over your mouth to not incriminate yourself by singing any of those scabrous lyrics in public.

* Like Teenage Head (see HERE), the Rebels are unashamed Hamiltonians. 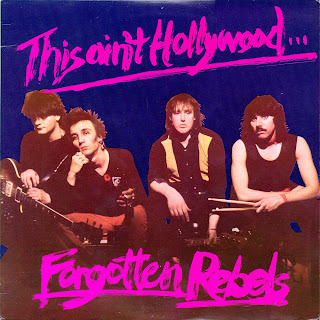 Seeing the band play two full-on rock n' roll blow-outs, first at a basement club called Wellington's and at a barn-like social hall named Le Rendez-Vous, all the way back in nineteen-and-eighty-and-four probably also accounts for some of my deep-seated affection. 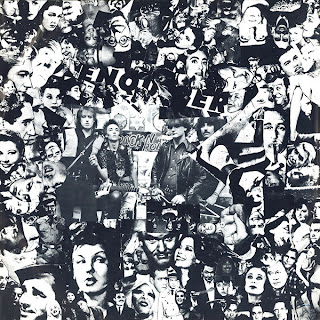 Interestingly, I actually had the band's album "This Ain't Hollywood" long before those shows, long before I actually even listened to it. Back around 1982, my brother's girlfriend had been staying in a hotel somewhere in Ontario where the band were playing and they insisted on giving her a copy of their album. When she returned, she disdainfully passed the record onto my brother. We, as incipient music geeks, puzzled over it. We'd never heard of the band (they had precious little national media exposure at the time) and the low-budget pinkish sleeve didn't tell us much what to expect. 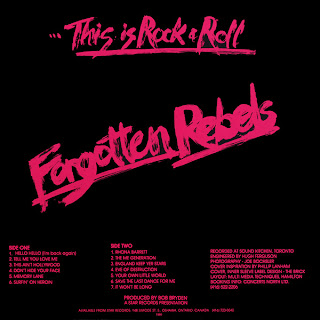 So for over a year that record sat unplayed in my brother's closet. Then, when compiling a mix tape, my brother dusted off the record and, his words, "blew a freak" over the song "Surfin' on Heroin'". The album became a source for our mix tapes for years to come and every person I know got to hear "Surfin' on Heroin", including my old friends who listened exclusively to classic rock radio. And they all loved it. It later became fascinating to me that this same cycle of exposure repeated itself all over the world. That song, with no radio airplay, became the band's calling card. It gives a a strange faith in the idea of the 'great song'. After all we needed no music critic, no DJ, no publicist to make us see SOHs greatness, it's just deafeningly obvious to any one who's willing to take the album out of the closet and listen.


Soon enough, I came to love the entirety of This Ain't Hollywood...This is Rock N' Roll. It's a glorious, occasionally cheesy (and long OUT-OF-PRINT) album by a band of Anglophiles who loved loud English rock n' roll be it deadly serious or a total goof. The Rebels were clearly smitten with the Sex Pistols AND the Dickies not to mention Mott the Hoople AND Gary Glitter. Give it a spin and maybe you'll love it too. 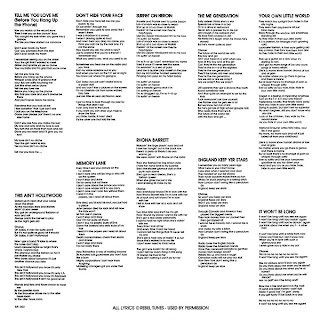 Tracklist:
Hello Hello
Tell Me You Love Me
This Ain't Hollywood
Don't Hide Your Face
Memory Lane
Surfin' On Heroin
Rhona Barrett
The Me Generation
England Keep Yer Stars
Eve Of Destruction
Your Own Little World
Save the Last Dance For Me
It Won't Be Long

MRML readers, I know opinions on Forgotten Rebels are divided, so let us know where you stand in the COMMENTS section (which is where you'll find the This Ain't Hollywood link).