Banned From Atlantis: People Write to Geena Davis in Japanese (1994) 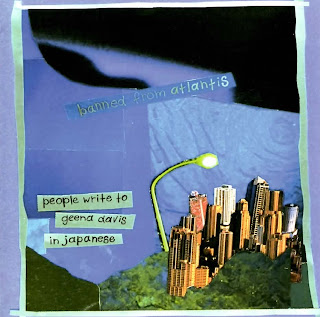 Dr. Lisa Smirl, a Lecturer in International Security at the University of Sussex, has died of cancer at the age of 37. While I'm not really qualified to disuses her research, I am plausibly qualified to discuss her brief career in rock n' roll. 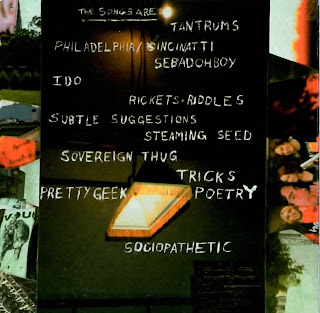 Lisa played bass, and did occasional lead vocals in a Winnipeg inde-punk band named, Banned From Atlantis in the early nineties. BFA released two cassettes, Self-Titled and Outie, a split seven-inch with noise-punk band Elliot and a full length, People Write to Geena Davis in Japanese. The band split, let's leave it at acrimoniously, and then guitarist Doug McLean formed The Bonaduces while Lisa went on to earn a Rhodes Scholarship. 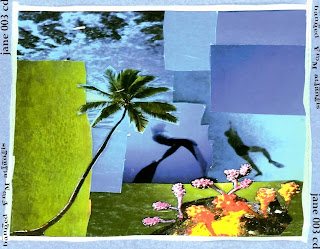 But for a glorious year or so Banned From Atlantis were everywhere at once. While often chaotic in their playing, the intensity of their performance was fucking arresting. By the time this album came out, shortly before the band's demise, it seemed anticlimactic. Their label, Sister Records, had brought in Steve Albini's co-conspirator Bob Weston to produce three local bands (the others being The Breath Grenades and Bulletproof Nothing) but the results were no one's big break.

For a lot of their local fans the album was a bit of a let down being that so much of the material had appeared on earlier releases but looked on now when that overlap is no longer an issue (and we can forgive the murky production and after-thought-ish artwork so common on nineties CD's) it isn't really a problem. If you wanna check out a couple of the hookier tracks, ones reminiscent of Superchunk and Archers of Loaf, give a listen to "I Do" and "Subtle Suggestions".

Hey readers, I got lots more BFA rarities but I'll hold off the ripping, labeling and scanning till I see if we get some COMMENTS going here.

MySpace
Posted by jeffen at 7:12 AM

Email ThisBlogThis!Share to TwitterShare to FacebookShare to Pinterest
Labels: Banned From Atlantis, Bonaduces