Chapter Twenty-Two: Are You Ready for the Cow-Punk? 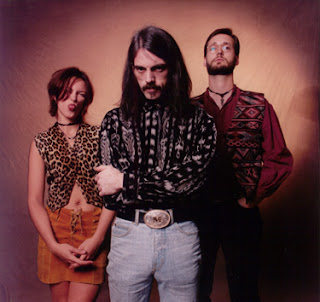 “There’s no such thing as cow-punk.” Did I say that? Yes, though in my defense I was sixteen, standing in the basement of Wellington’s (a sleazeball bar) after having just witnessed a spectacular set by Soul Asylum and it was 1985. Now Soul Asylum had just finished refusing to play anything from their first e.p. (Say What You Will) and had focussed exclusively on the less thrashy (and perhaps a touch more country) material from the stunning Made to be Broken album. Some earnest fellow-traveler claimed that Soul Asylum and this “this band from Edmonton called Jr. Gone Wild are cow-punk”. I begged to differ since back in the 80’s I, as narrow-minded music fans always have, disavowed all country music.

By this time the roots-rock sound (one of the more flagrantly critic-created genres) was in full swing. When faced with an enemy as ugly as the soulless and gutless synth-pop a million bands (often older punks) went back in time. Eighties bands exhumed garage rock, folk-rock and psychedelia with glee. Then of course there was country-rock, which almost every single recording artists of the 60’s is credited with having invented (by the way it’s all about Buck Owens, the death-deifying Mr. Parsons aside). The less commercial bands (Jason and the Scorchers etc.) got called cow-punk and the ones who made beer commercials (Del Fuegos etc.) got labeled roots-rock. But they all loved Gram, Bolo ties and that twang and they all got wiped out as the 80‘s bled into the 90’s. However by then Uncle Tupelo managed to steal every ounce of credit leaving Jason and the Scorchers et al cruelly empty-handed.

And there in the midst of the action was Mike McDonald, criminally neglected also-ran and linchpin of Jr. Gone Wild. “They've been called "the Sex Pistols meet Hank Williams." Lead singer and songwriter Mike McDonald once joked that the band had progressed: they were now a cross between the Clash and George Jones” says an article on their excellent (and ten-year old!) web site. The first album Less Art, More Pop has an R.E.M. angle (though they claimed in old interviews that BYO Records made them wear the twee-hippy gear) then they added some Neil Young, maybe a bit of Bob and (if Mike is to be believed) gallons of alcohol. They moved to Canadian indie (and “rootsy”) label Stony Plain for their excellent second album Too Dumb To Quit (nice Ramones reference). Mike sobered up for what may be their strongest album Simple Little Wish (which like it’s predecessor Pull the Goalie is still available from Stony Plain Records). Mike and JGW wrote empathetic, intelligent and ringing songs, such as “Slept all Afternoon" and “In Contempt of Me" which must be heard. Enjoy it, even if cow-punk was just a dumb label.

P.S. C-60 Low Noise has lots of what passed for cow-punk (and especially the thundering Jason and the Scorchers! Maybe more on them later.) 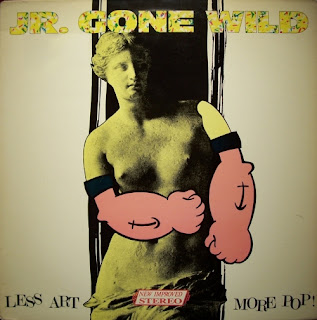 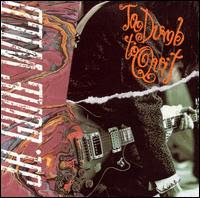 Too Dumb to Quit 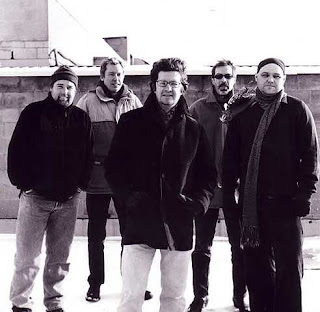 In Canada, almost like some sorta Watchmen parallel universe, roots-rock flourished and became mainstream. In the late 80’s Steve Earle filled stadium in north and bands like The Tragically Hip and Blue Rodeo became staples of Canadian rock and even, to a degree, country radio. Of course under the radar flew the breathtakingly beautiful Lost Durangos and the achingly melodic Skydiggers.

I first heard the Skydiggers (Andy Maize, Josh Finlayson, Peter Cash, Wayne Stokes and Ron Macey) on the floor at a Vancouver record store named A + B Sound. In the early 1990’s mainstream record store employees were not yet anachronisms-waiting-to-happen but we suffered a strict dress and sound code, no loud hair or loud guitars. So before Nirvana gave the hammer blow to those regulations folkish-rock was a Great Escape from the enforced blandness. In that context the second Skydiggers album, Restless, pealed like a great bell: with those sad harmonies and chiming guitars meshing just so. True you can hear that Byrds via R.E.M. sound in songs like Accusation but the aching lyrics of This Old Town has the lope of gut-bucket country plus a perfect accapella break-it down part. Just Listen; there's much to hear.

As per usual, research has revealed that only the current Skydiggers album to be in print. So we will try to salve that injustice with these mp3’s, which will only be available temporarily in the hopes that soon the real thing will come along. 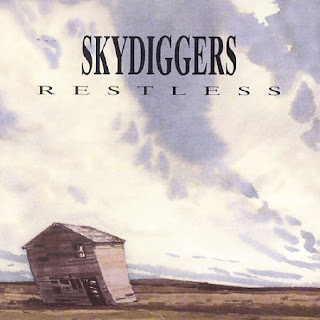