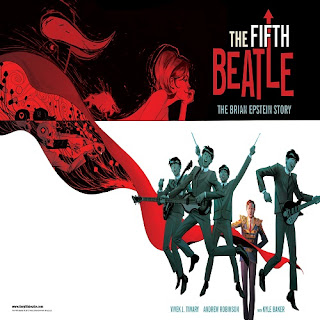 As a kid, I loved rock n' roll and comics with equal abandon. Both were gifts of escape; the comic books came from my older brother, the rock n' roll records were left behind by an American draft-dodger my parents had offered sanctuary. In both cases, I don't remember my first contact; the coloured pages and the black grooves were things I began picking up and exploring long before my permanent memories were formed.

By the earliest and most awkward phase of adolescence, comics and music both dominated my attention; I recall one summer that revolved around my love for both The Doors and The X-Men ("People are strange...").

But girls. As girls went from being bewildering remote creatures, to close but still bewildering creatures comics became a mark of immaturity that I could ill afford to bear. I never stopped reading comics entirely but I poured so much of my obsessive nature into music that there wasn't much left over. When I did visit comic shops, I was often put off by the gimmick-driven garishness of the nineties glut and then again by steroid-and-revenge addled comics of the post-9/11 era.

Things have changed, though. Nowadays, the women who matter to me consider comic books and rock n' roll albums as equally quaint. Rock n' roll, as I love it, is at a low ebb (and I survived the late eighties!) not dead by any means but still short of a few invigorating scenes or sounds. Comics, on the other hand are in a particularly strong phase with Marvel, Image and the always-dependable Fantagraphics putting out a fairly rich array of material. Plus there's the massive trove of material I missed since the eighties ended!

I'm a phase driven man, my obsessions wax and wane, so I think of this as just another of the never-ending shifts in my cultural proclivities. But the comics are back for the long run. So, dear readers, (are there any of you left?) you can expect some comic coverage on here from now till when I pack this blog away. But, worry not the life-ruining power of music will never be neglected here!


Now it's your turn, MRML readers, do you read comics? Why or why not? Let us know in the comments section!

Email ThisBlogThis!Share to TwitterShare to FacebookShare to Pinterest
Labels: Comics, Not Quitting 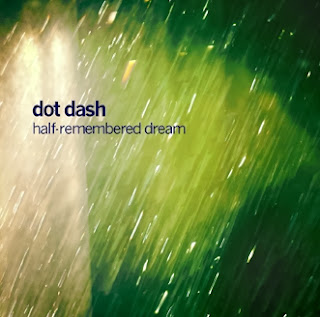 It seems like the members of Dot Dash are in a race to build a mighty discography. In two years the band have released three albums (see here), each possibly better than the one before, that showcase their unusual power-Brit-pop-punk hybrid. At this rate we can exorcise the ghost of their past bands  (Youth Brigade DC, Swervedriver, Modest Proposal, Julie Ocean) and focus on the future, after all as the band reminds us,  "You can't turn back the hands of time!"

While the band is pushing for a larger audience, nothing on their new album, "Half-Remembered Dream", seems like the nostalgia-mongering, 'era-recapturing' men of their age might wallow in. The songs range from pretty, ringing mid-tempo tunes like "(Here's to) The Ghosts of the Past" to absolute rippers like "A Light in the Distance". There's a fiery sense of mission on each of the ten tracks that the band spits out in 29:00 minutes. When Terry Banks sings "I was losing track of time/I was turning water into  brine" while the rest of the band (Bill Crandall, Hunter Bennet and Danny Ingram) thunder behind him, you just know these are men dead set on making up for lost time.

iTUNES
Posted by jeffen at 5:39 AM 1 comments