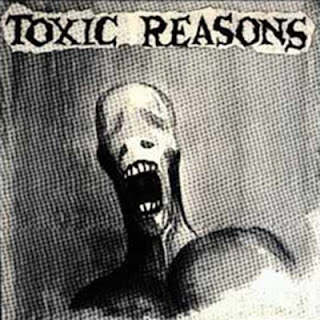 We've had a slew of Toxic Reasons (see HERE) posts, which is all the more Reason to offer up one more Toxic rarity. This 7'' was released in 1990 on Selfless Records, though the recording was done on June 18th, 1980 at Sam's Club in Dayton, Ohio. 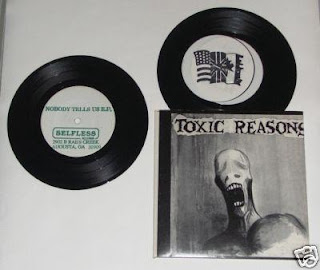 What makes this single so fascinating is that it adds so much to the little we know about the early, Ed Pittman-led version of TR (to see Selfless' other early TR rarity go here). Not only do we get two originals never recorded, we also get a Ramones and a Clash cover - a perfect indication of the Anglo-American sound they would develop over the decades to come!

Whatever you do, don't miss the violent, belligerent, yet touching liner notes on the back sleeve (see below)! 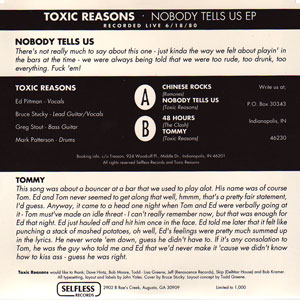 A2 Nobody Tells Us


Let us know what you think of this early TR rarity in the COMMENTS SECTION! 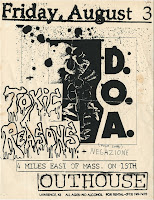 Thanks to Mister Poof, we are now able to view an entire MTX show from the possibly-golden era of 1992 (the Milk Milk Lemonade tour). This show was videotaped in Störtebeker, Hamburg and is typical of the murky-but-watchable footage of the pre-digital era.


Let us know what you think of this vid in the COMMENTS section! 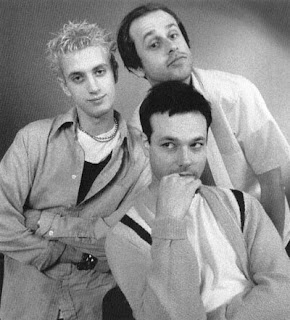 Fan Site
Posted by jeffen at 7:00 AM 1 comments 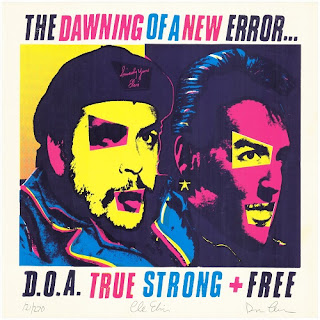 Ya can give Joey 'Shithead' Keithley a beard and a new guitar player but D.O.A. just kept spitting out that ferocious rock-punk that made D.O.A. semi-famous. The band's late 80's period (including 1987's "True North Strong and Free" and 1990's "Murder) should be re-examined by every lover of the old loud n' fast. Enjoy this simple-but-effective footage from a 1988 show!

Email ThisBlogThis!Share to TwitterShare to FacebookShare to Pinterest
Labels: D.O.A. 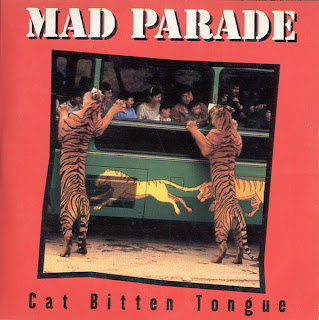 Unlike some of their early 80's SoCal pop/punk/hardcore brethren like Bad Religion or Social Distortion, Mad Parade has never had a really wide audience. Like Channel 3 or D.I., the band has had to make do by building a narrower but yet surprisingly far-reaching following. 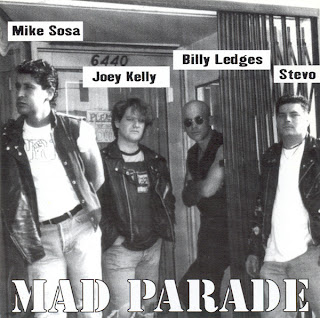 Mad Parade has pulled off the cult following thing with style and grit. Their discography is spread out over almost thirty years but remains committed to Anglo-American punk/pop hybrid full of catchy sing-along choruses , layers of roaring guitars and never-say ballad rhythms.

Cat-Bitten Tongue is 1996 single demonstrates the band's fidelity to it's loud, catchy n' pissed-off sound (even their mid-80's album where their label made them pout prettily on the cover still sounds like a Mad Parade record which you can't say for most of their peers). Besides the two rocking originals, the EP contains a cover of their under-known compatriots, The Stepmothers' song "If I Were You". 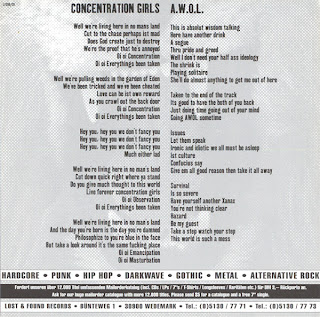 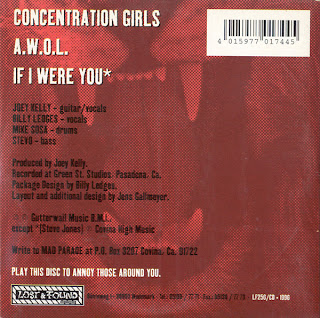 So what do you make of the career of MP? Let us know in the COMMENTS SECTION! 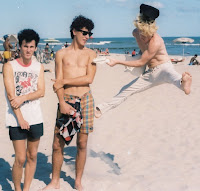 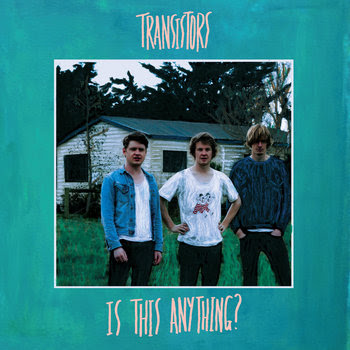 Transistors are an indie-pop-punk from New Zealand who fit with that island's reputation for clever, idiosyncratic pop (See: Nun, Flying) but with a lot more oomph! I particularly love this perfectly-executed video which amuses, while pummeling you with the chorus till you just surrender!

The entire album is available for streaming over at the ever-excellent Bandcamp:

Let us know what you think of the Transistors and their work in the COMMENTS SECTION!

Email ThisBlogThis!Share to TwitterShare to FacebookShare to Pinterest
Labels: Transistors 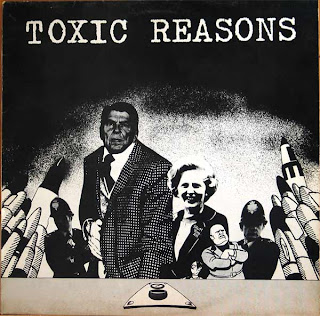 I've praised Dayton Ohio's long-lived hardcore powerhouse, Toxic Reasons before (see HERE) but was inspired by a recent comment to share with you the band's second LP, 1984's Kill By Remote Control. 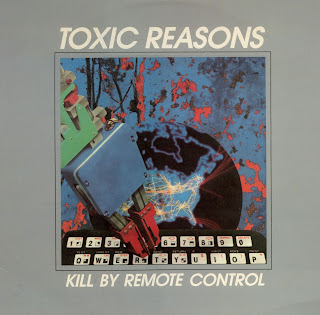 While it doesn't have as many stand-out tracks as 1982's Independence,  it's a devastating record, particularly the UK version offered here, which appended the extra tracks from the band's Statement of Purpose EP: "God Bless America". 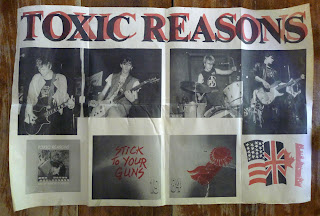 Let us know what you think of the 2nd T.R. LP in the COMMENTS SECTION! 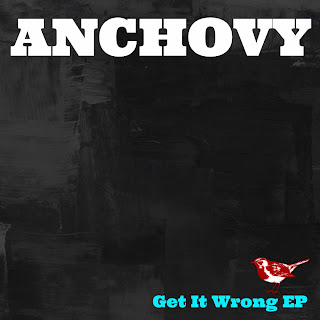 New Toronto indie-punk-power-pop-garage-thrash (okay scratch that last one!), Anchovy have released a cogent l'il EP that bleeds hooks. While I obtained it through unofficial channels I was impressed enough to scamper off and pay for the official download because as they say, "It caught me off guard'.

Let us know what you think of this nifty little EP in the COMMENTS SECTION!

Email ThisBlogThis!Share to TwitterShare to FacebookShare to Pinterest
Labels: Anchovy 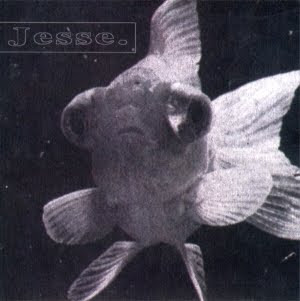 Before reconvening Leatherface (more HERE), Frankie Stubbs tried one more monosyllabic new band name following the break-up of Pope. Of course, with Stubbs inimitable growl, guitar sound and lyrical bent front and center it still sounds awfully Leatherface-ish albeit a bit prettier, if you're willing to believe that.

A1 Indestructable
A2 Smarm
A3 Gone Fishing
A4 Everwas
A5 Jack Christ...
A6 As Your Mind Closed Mine Was Opening
A7 Rant
B1 World
B2 Dogsong
B3 Room
B4 Paradoxical Thing
B5 Handful Of Earth
B6 Big Freeze
B7 Truly Beautiful 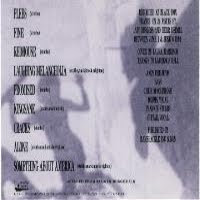 So? Whadya think of this Stubbs band? Let us know in the COMMENTS section 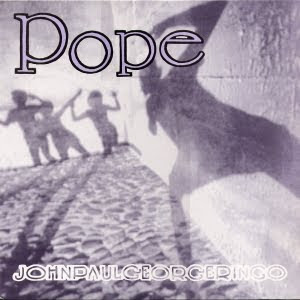 Frankie Stubbs, like so many punk singers before him, learned that a band by any other name does not rock so sweetly. Unless you're in Fugazi or Rancid, the records that bear your punk band's original name are gonna get the praise and the sales. So, even though Stubbs' first post-break-up band sounds rather a lot like Leatherface (though perhaps a bit sombre) the album sunk with little notice. However, Leatherface's American label, BYO Records did sneak some of the Pope tracks onto their Leatherface compilation entitled The Last, perhaps proving that in the punkiverse there's a hell of a lot in a name.


So why do punk bands get stuck with the first name under which they found notoriety? Let us know what you think in the COMMENTS section (which is where you'll find the Pope link).