Andrew W.K., The Mclaughlin Group and Carl Sandburg.
Posted by jeffen at 9:25 AM 1 comments

Ah music retail a concept growing quainter by the day and soon to be as smitten into redundancy as elevator operation. Every generation feels the sting of becoming anachronistic and we all respond with our own particular band of bitterness. We lament, we protest and finally we either become a cranky holdout or we acquiesce.
“You guys wanna hear a great song?” asked a music retail lifer who works for one of the surviving stores in my hometown. We (my fellow throw-back with whom I do a weekly Saturday Rock Walk to seek musical treasure) did. He played us “Your Love Alone is Not Enough by the Manic Street Preachers and we each had to buy the album. A High Fidelity moment perhaps but a communal one, which is something transferring bits per second can never quite replicate.
The Tone were a communal experience. I walked down into The Cellar (another retail casualty of downloading) the subterranean home of deliberately ugly sub-genres and an employee we’ll call…Hedberg said, “You gotta hear this!” Damn! Exploding guitars, trade-off vocals and those supple ska-inflected beats – this is a high. It’s Jam-Clash-SLF again, I know, but they still found their own tiny patch of space in the musical universe. The Tone actually were English and were led by Thatcher on Acid’s Ben Corrigan as well as Dan Bernstein and featured the minimally credited Bob and Paul on bass and drums respectively. Everybody sings, which promises something great in a band plus the fully credited Dave “Fingers” Eve adds some rippling organ. Twelve songs (almost of which were singles) and not one that should’ve been thrown into a weighted bag and dropped into the river. “Pauline”, which enumerates all of their influence including Pauline Murray of the Selecter and the less-than-celebrated Jilted John (which explains the cockney-novelty cover song “Bloody”) is the album’s raison d’etre and high water mark. Anachronistic but not tainted by bitterness.
Take the Tone - you’ll have no more regrets than you already do. 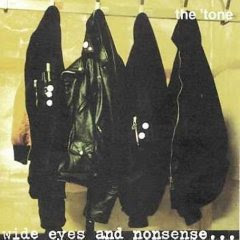 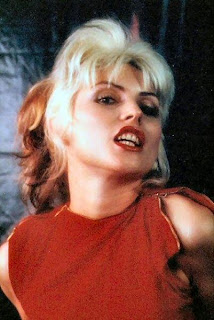 Every generation gets the sex symbol(s) it deserves; for those of us creeping towards puberty in the late 70’s Debbie Harry was our It Girl.
I remember seeing Blondie perform “Hanging on the Telephone” on TV at a tender age. Debbie Harry was doing her standing-still-at-the-mike pose and was decked out in a glowing-red dress. I didn’t fully understand my reaction but when she got to that part about “I'd like to talk when I can show you my affection” but it may have influenced my decision to buy a cassette tape of Parallel Lines.
Of course, a dream of Kristy McNicol may have convinced me to watch the execrable show Family but that phase passed. However, these years later it seems that of all the class of CBGB’s graduates, Blondie get the least respect (well other than the Shirts or the Tuff Darts). The Ramones were lionized for milking every last drop from their distillation of rock history. Blondie accomplished the same thing but since they insisted on moving “forward” (in a manner –disco, rap, old reggae – not so different than the Clash) and had hits they grew critically marginalized.
As a songwriter, bandleader and sex symbol Debbie Harry joins a list of women (Maybelle Carter, Billie Holliday, Janis Joplin) who re-defined the role of women within their genre. Plus Harry and her band's hits livened up the radio and jump started a thousand underground bands.

Two bands here attest to the influence of Blondie on the music of the late 70’s/early 80’s. 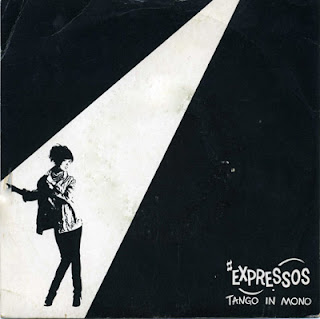 The Expressos (Rozzi vocals - Mick Toldi guitars - Nicholas Pyall guitars, keyboards - Milan Lekavica drums - Johnny Christo bass) used the Girl Group meets the New Wave shtick but never sounded derivative. In fact the song-writing here (see “Tango in Mono” and “My Yesterday”) equals a lot of Blondie’s late 70’s peak. The Byrds influence on “There She Goes” and “Promises and Ties” is beautiful but the album (B-sides both commercial and literal have been appended to enhance your listening pleasure) lacks any weak spots. I cannot fathom how this album (along with the contemporaneous Keys album) does not have a cult following and lavish re-issue. Soon…

The Passengers (Angie Pepper, vocals, Jim Dickson on bass with Jeff Sullivan on guitar and Steve Harris on keyboards) never had the backing of a major label (though Denis Tek of Radio Birdman was a supporter/romantic interest) but this demo (issued on a French CD shows that Australia had better bands than Icehouse available for export in ’79. The striking Angie Pepper, who from the look of the booklet often performed in a bra, might have made a few Australians boys and girls sit up and take notice for both physical and musical reasons and, as with the best pop music, those two reasons are inextricably linked.