The Stepmothers: (I Dream I'm) Innocent! 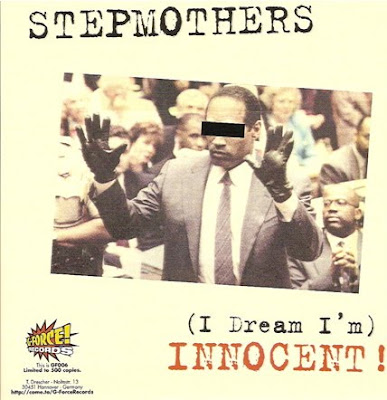 (Image courtesy of record collectors of the world unite)
Many years ago, before Google Blog Search made a mockery of the word rarity, The Stepmothers made that apocalyptic sort of music that the Trouser Press raved about but which you could not lay your hands on. Back in the early eighties, all I knew of them was the hand-clappy, marching-chanty, power-poppy anthem, "Where is the Dream?", from Rodney on the Roq Volume 2.

So, since I've only recently actually heard their mutinous bounty, I'll have to rely on MRML readers for some 'back-in-the-day' anecdotes and I'll just give you the quick n' dirty version. 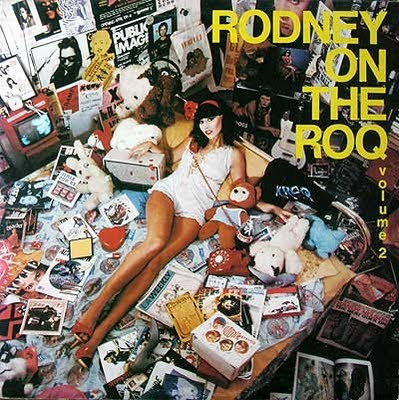 The Stepmothers, Steve Jones* on guitar and vocals, Jay Lansford on Guitar, and Larry Lee Lerma on Bass and a succession of drummers, hailed from Claremont, California. They began by playing that incessantly catchy pop-punk Posh Boy's Robbie Fields (and KROQ D.J. Rodney Bingenheimer, America's John Peel) nurtured so brilliantly in the early eighties. Led by a fine, slightly Idolish, lead singer in Jones and an ace guitar slinger in Lansford, they sounded ready to kick the shit out of the pop charts, like as if the gang from The Wild One had formed a band. It never really came together, instead the Stepmothers' metalized punk bridged the gap between SoCal pop-punk of their time and the Hollywood sleaze metal to come. After the band broke up, Lansford joined Channel 3, really bringing up their game (see here), and Jones formed a genuine brass ring conten-dah named the Unforgiven.
*Not that Steve Jones. 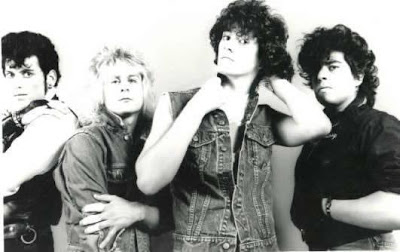 "(I Dream I'm) Innocent!" is a later-period re-union song and fucking hell does it tear flesh. Cover art aside, this is no dated topical song - listen to that opening Stanley Kowalaski line, "Baby, I got viciousness just seeping from my skin". It's a terrifying tale of domestic horror, the horror that always ends unspeakably. 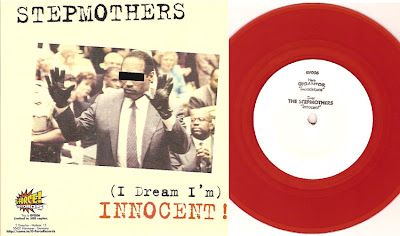 Thanks to Ian E. for pointing me towards this particular track.
Posted by jeffen at 7:47 AM

Email ThisBlogThis!Share to TwitterShare to FacebookShare to Pinterest
Labels: Stepmothers