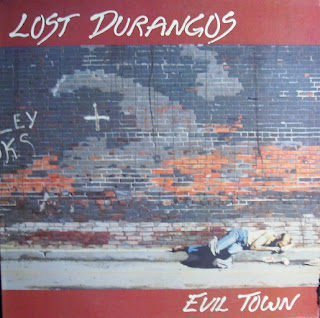 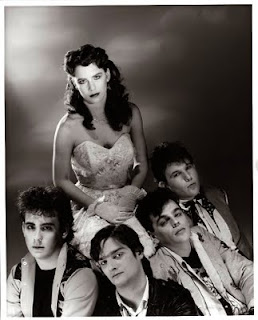 
Another sharp contrast with many so-called cow-punk bands, would be in the songwriting department. A band like Lone Justice's song were written any number of band members and outside writers, diffusing their focus, whereas the hand of one superb song-writer, Greg Potter, makes Evil Town, one of the best things ever relegated to the 'cow-punk' pasture. Mel Brooks once claimed that, "Critics can't even make music by rubbing their back legs together" but music writer Potter soundly proves the 2000 Year Old Man wrong. Each of these tunes is baited with an irresistible hook, part folk-rock, part country, part power-pop, all with plenty of drive. While the album's photos are pure forties noir, lyrically Potter keeps his feet planted in the urban reality that spawned the band. Even within that urban context, Potter infuses the album with enough biblical language ("Oh Lord, What an evil town", "The sins of the father are visited on the son", "My father's house has many mansions") to make the whole thing seem timeless. And it's that timelessness, each of the six songs here sound like it could have been written forty years ago or today, that makes this such a must-hear. 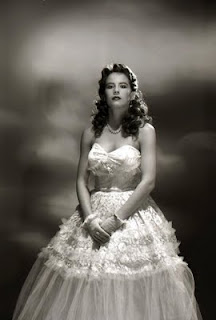 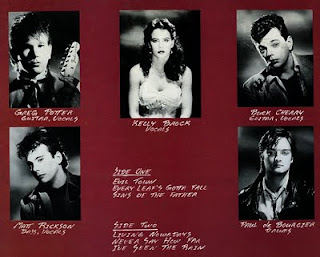 So readers, let us know what you think of Lost Durangos in the COMMENTS section, which is where you'll find the Evil Town link.


P.S. For a nicer front and back cover scan go HERE!
Posted by jeffen at 6:21 AM