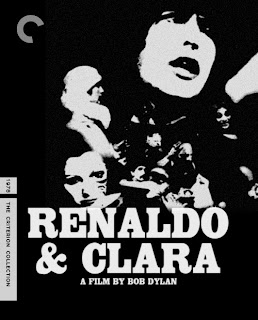 "Renaldo and Clara, to me, wasn't long enough."
Bob Dylan


Bob Dylan is an artist of such power and presence that even his fiascoes can be fascinating. When contemplating the range of Dylan's spectacular falls, whether its Tarantula, Isle of Wright, Self-Portrait, Live at Budakon, "Street Rock" or Hearts of Fire, the four-hour improv experiment/concert film Renadlo and Clara certainly looms large. What we have below isn't the entirety of the critically-drubbed film (synopsis) but it's over half of it and even then it can be endurance-defying. Thankfully, the footage of the Rolling Thunder Revue is incredible. So, thanks to the wonders of modern technology, those less interested in plumbing the depths of Dylan's work, can just skip to the concert scenes. Via.


"Americans are spoiled. They expect art to be like
wallpaper, with no effort, just to be there."
Bob Dylan on critical reaction to Renaldo and Clara.

Let us know what you think of Dylan's Renaldo and Clara in the COMMENTS section. 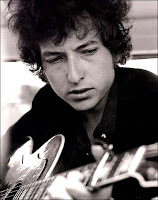