The Lords of the New Church: Like A Virgin 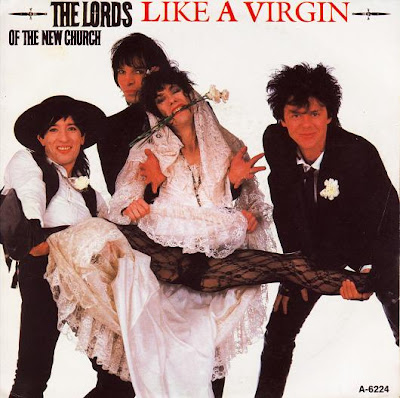 At the end of the Lords of the New Church's reign of terror, things got ugly, Robespierre ugly. In one of their final moments in the spotlight, they executed a version of Madonna's wafer-thin pop confection, "Like A Virgin". The Lords' take is like that sick joke someone tells you so fast you forget you're not supposed to laugh. Musically, it''s pretty threadbare (only Bators and James perform here, the rhythms were ghost-played by programmable machines). The final result is every bit as pretty as that grisly cover would indicate.


Nearing their final demise the Lords issue the Psycho Sex 12" in 1986. For this e.p. the band was reduced to obscure French indie label Bondage International after their major label deal with I.R.S. lapsed. This particular version of of the e.p. also contains two songs from the Texas Chainsaw Massacre II soundtrack. It's not particularity dire, just unnecessary; but that's never stopped a good obsessive now has it?. 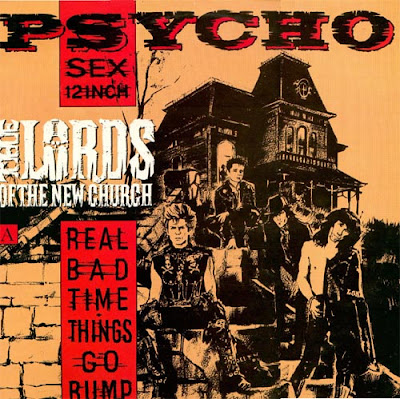 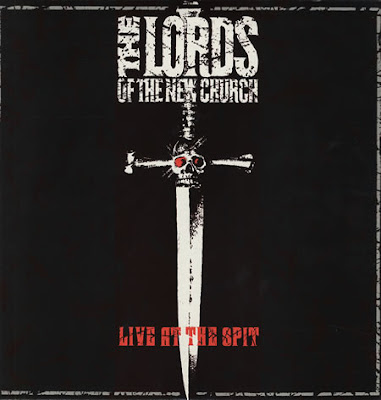 (Sorry no go on this one, unless someone can offer a rip to us.)
Posted by jeffen at 8:18 AM

Email ThisBlogThis!Share to TwitterShare to FacebookShare to Pinterest
Labels: Lords of the New Church