Dillinger Four vs. the Strike 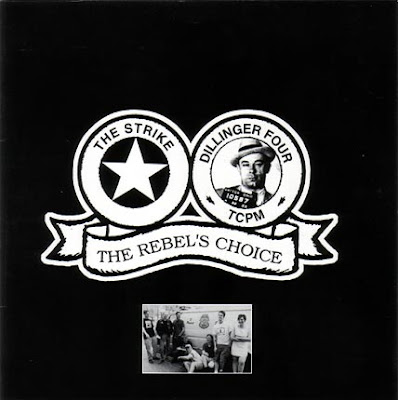 These two nineties Minneapolis punk bands matched punk and politics with furious tunes and, unlike many of their contemporaries, had a working knowledge of musical history. Each band here contributes an original and a cover of an older Brit-folk-punk song, Tom Robinson's "Ain't Gonna Take It" in the Strike's case and the Pogues "Sally Maclennane" for Dillinger Four. The Strike broke-up after singing to Victory Records in 1999 but D4 went from Hopeless Records to Fat Wreck-Chords gaining popularity despite putting out only two albums in the aughts.


I saw a show with D4 and the Strike in Minneapolis in '99 and each kicked ass in their own particular way. However, despite the truth that either of the first two Dillinger Four singles best the first Strike single, D4's first album felt like a let-down, whereas each of the Strike's full-lengths were devastating. But I may be in the minority on this one... 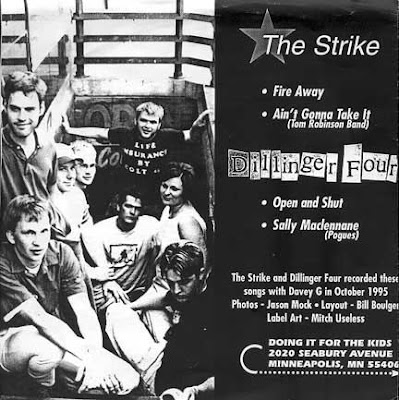 MRML Readers: Leave us a comment and tell us who would win in a battle to the death between the Strike and Dillinger Four.