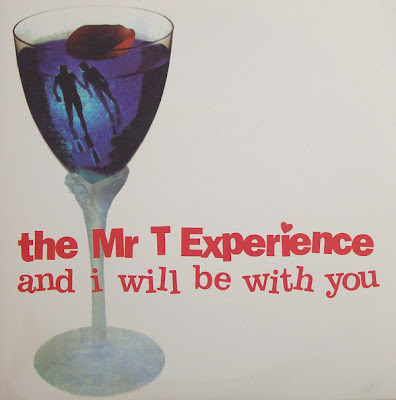 "My songs come from my soul,
God just gave me a funny soul."
Roger Miller

Whom the gods of creativity would destroy they first call, funny. In no art form is this as apt as in music, where gaining the limelight with a funny song as, say, Louden Wainwright III did with “Dead Skunk in the Middle of the Road” gets songwriters caught in the trap of novelty, a word always preceded by an unspoken just a. Once caught in novelty’s leg hold, a musician can either gnaw off his own leg to demonstrate his new-found seriousness or work that bloody novelty angle till they turn into Weird Al. 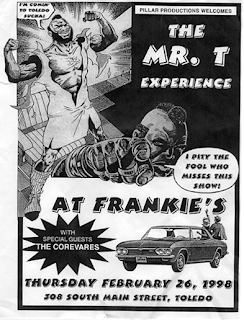 Berkley pop-punk legend Dr. Frank sure screamed novelty at the outset of his career. After all, his break-out hit (if that's not too strong a term for it) was a topical-circa-1986 song called, "Danny Partidge's Busted", by his band The Mr. T Experience, who followed Barney Gumble's advice to “pick a name that's less funny every time you hear it". The fact that he stuck by that "Dumb Little Band” name and the sounds and themes of that first album (but bettering them a thousand times over) for almost twenty years proves he’s pretty adept for a man in a steel trap. (Ironically, under his real name, Frank Portman, he wrote a best-selling novel about a kid who's continually creating ever-clever names for his fledgling band. 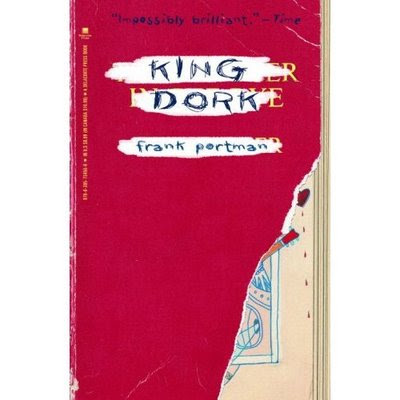 The few musical funnymen who survived being a novelty, seemed to do so by being a bit bi-polar. The late Roger Miller wrote amphetamine country-jazz songs that were either zany ("You Can't Rollerskate in A Buffalo Herd”) or the sadder than hell ("One Dyin' and a Buryin'"). The late Warren Zevon was most widely-known for the witty “Werewolves of London” also had a catalog of bleak song-noir ballads like “Carmelita”. Similarly, the still-kicking Dr. Frank can pen a song based on knock-knock jokes (“Knock, Knock”) and then follow it with a somber song about death ("Suicide Watch"). If comedy is tragedy plus time, then maybe these funny song-writers were just slightly ahead of their time. 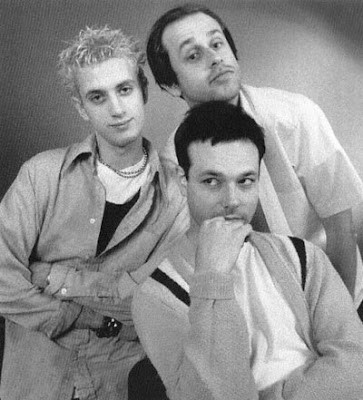 "...And I Will Be With You" would not be my choice for the A-side of the single from Revenge is Sweet and So Are You (coulda been "The Weather is Here, Wish You Were Beautiful") but it's a fine riff-driven pop-punk song with those classic Dr. Frank cultural grabs, like the reference to American Ninja II.

For the B-sides, Kim Shattuck (of the Muffs) plays Kiki Dee to Dr. Frank's Elton John in their roughed-up cover of "Don't Go Breaking My Heart" plus there's "You Alone", 2:21 of neat little rapid-fire pop moments, most of which you only really notice if you listen a few times. 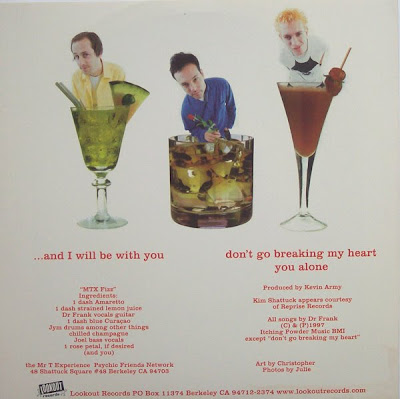 Enjoy the vinyl rip but far better things await you if you dig into (yes, that means putting your money where your ears are) the MTX catalog: