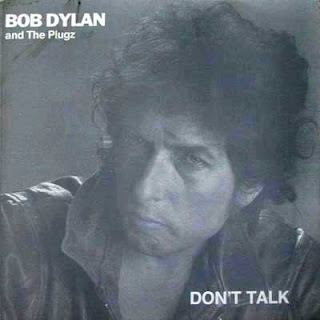 Amidst the startling and abrupt changes of sound and word on which Bob Dylan's career is built, are some genuine lost possibilities. Bob's accomplices are legion - Joan Baez, The Band, Charlie Daniels, Johnny Cash, George Harrison, Deliverance, Mark Knopfler, Kurtis Blow, The Plugz, Tom Petty, The Alarm, The Grateful Dead - but mostly short-lived.


While some of those alliances were blessedly cut-short (The Dead!), some others were snuffed out before their possible prime. One such loss was Dylan's brief dalliance with L.A. punk band The Plugz. The Plugz, as musical history geeks must tell you, were the first of the L.A. punk bands to go D.I.Y. with their own label, Fatima Records, they also scored and performed in Alex Cox's creepy L.A. punk film Repo Man and were, alongside San Francisco's The Zeroes, one of the earliest Chicano punk bands.


In 1984 while morphing into the more mainstream-friendly band The Cruzados, The Plugz - specifically Tony Marisco (bass) Charlie Quintana (drums) with Justin Jesting (guitar) had done "a series of casual and scattered jams that (Dylan) had scheduled with us over a period of a few months before this one-time appearance," according to Jesting.


This one-off should not be forgot. The performance is blistering, with Dylan totally in-the-moment (the story goes that "Don't Start Me Talking" was completely spontaneous). It's not Dylan gone punk, it's Dylan '66 Revisited.

Despite this triumph (complete with one of those Bob head-scratching moments, this time when he battles an errant harmonica) Bob took rock hack Mick Taylor on the road for the passable-yet-unexciting 1984 tour that gave us the Real Live album. To make his abandonment of the Plugz sting even more, he would next join forces with then au courant producer Arthur Baker to record the middling album Empire Burlesque before abandoning quality control altogether for much of the rest of the decade.


Since 1984 the members of the Plugz have done a myriad of projects (Charlie Quintra's played with a slew of artist and recorded and toured with Social Distortion) while Dylan's had a series of come-backs and fall-backs (it can sometimes be hard to tell where one ends and the other begins).

Hey, COMMENTERS, Is this one of the great lost Dylan opportunities? 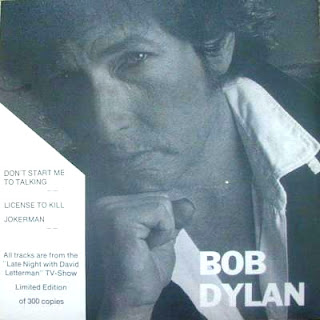