The Politics of Music 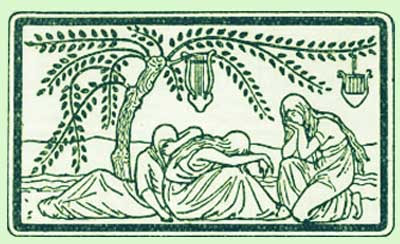 How shall we sing the Lord's song in a strange land?
Psalm, 137


It's amazing how belligerent right-wing reactionary types can get when the connection between music and politics is brought up.

They're afraid to admit how closely linked artistic expression and small-l liberal ideals are.

They're afraid to look at their own music collection and realize that the vast majority of the artists they love, hate the ideology they hold so dear.

Ask yourself, when was the last time you heard a musician issue a cease-and-desist order to The Democratic Party for using one of their songs?

Ask yourself, when have you ever heard a pro-Margaret Thatcher song?

There is an inherent disconnect between artistic expression and right-wing reactionary ideology.

Music, so often, encourage free expression, the sharing of cultural experience as well as the acceptance of the new and the different. Right-wing ideologies, however, frequently demonize free expression, push for the homogenization of culture and condone the bullying of the different. Of course, there have been reactionary musicians from Richard Wagner to Ian Stuart and many more throughout history but their numbers have not grown stronger over the years.

Look at the paltry play list of wash-ups and go-nowhere lunatics that make up the musical right in America (Ted Nugent, Hank Williams Jr., Kid Rock, Big and Rich et al). It's as laughable as the measly list of 'scientists' the oil industry trot out to the media for the sole purpose of delaying the acknowledgement of man-made climate change.

I grant you it is impossible to speak to the views of all musicians. Surely their numbers would encompass a wild range of views from libertarian to non-partisan to Bacchanalian but the paucity of artists in the Republican tent and the abundance of them in the Democratic one must have some significance.

It seems fair to say that music has long been the province of the outsider, of the marginalized. In some cases the musical talent itself might lead to marginalization and in others the punishing reality of marginalization may encourage people to use an instrument as a means of escape. Either way, many musicians have early experience with bullies who seek to hold and consolidate power with all forms of intimidation.

But they sing and play anyway.

The young Robert Zimmerman had the curtain pulled on him by his high school principal during a performance at Hibbing High school* but Bob Dylan changed the world anyway.

Then, since, as Walter Pater said, "All art constantly aspires towards the condition of music" those musicians refusal to play the silent victim helps inspire the painters, the dancers, the writers, the actors, the cartoonists, the meme creators and multitudes of others to express themselves.

So art untrammeled shows the power that those oft-considered weak can wield - see Sword v. Pen, (1839) - it reminds us all that there are more bullied then bullies. Hence why so many right-wing reactionaries are afraid of the arts and show such contempt for them.

Artists know of this contempt and as a result a great many artists recognize that in that strange land, that right-wing Shangri-La Republicans and their brethren around the world seek to force us into, that they would only be subservient shills for the powerful.

So, the majority of musicians and artists either try to avoid politics or stick together in ragged, often shaky big-tent political coalitions, such as today's Democratic Party in America.

These alliances of the marginalized are not so much about fear as they are about recognizing that self-preservation is not served by throwing your lot in with those that hate and despise you in the vain hope that they'll pass you over when they consolidate power. It's about recognizing that, contra Margaret Thatcher, there is such a thing as society and that when it works, civil society may in fact be humanity's greatest creation.

If I’d thought about it I never would’ve done it, I guess I would’ve let it slide
If I’d lived my life by what others were thinkin’, the heart inside me would’ve died
I was just too stubborn to ever be governed by enforced insanity
Someone had to reach for the risin’ star, I guess it was up to me

Wiser minds than my own have pondered the role of art in the political sphere, so I'll finish off by simply asking readers for their own take on the intersection of art and politics.