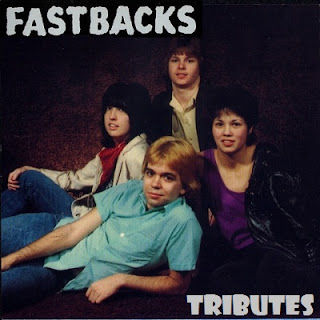 (A re-up for Eastvan)

One consequence of the CD glut of the nineties was the dawn of the so-called 'tribute album', in which a a range of modern exponents of a genre (especially underground ones) would record a cover from a formative artist like The Ramones or Nick Lowe or The Shaggs or what have you. Typically, the results of all this tributing varied all the way from mediocre to middling. No matter how good the original band and no matter how many good newer bands they'd cobbled together, most of these collections just came off as throwaways. (It's indicative that that the only CD I ever kept from this sub-heading was one called Tulare Dust which featured alt.country acts covering Merle Haggard).

One band who could always guarantee to liven up these dull albums was Seattle's The Fastbacks (more HERE). Partly it was that the band was just on a roll around the time these tributes began mushrooming up but mostly it was because, as a band who'd put out their first single in 1981, Kurt Bloch & co were a rocking link between the first wave of punk and the nineties underground explosion. Hence this MRML-compiled collection of Fastbacks covers, MOST of which are from some long out-of-print, fly-by-night label's half-baked tribute CD. 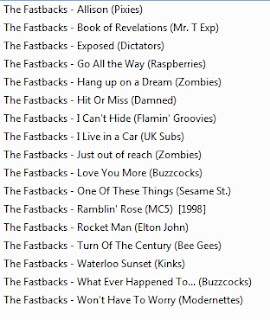 So, MRML readers, what's your favourite Fastbacks cover song? Let us know in the COMMENTS section! 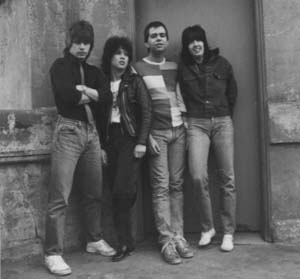 Email ThisBlogThis!Share to TwitterShare to FacebookShare to Pinterest
Labels: Fastbacks