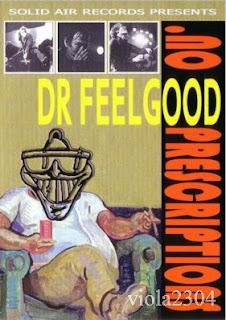 If you haven't watched Oil City Confidential, director Julian Temple's latest examination of 1970's England, do not delay any further. Temple's brilliant use of British gangster films to sell the story puts Oil City Confidential into the elite company of Rock Docs that transcend the stultifying "they were influential' talking head dynamic.

Of course, Temple also wisely honed in on a band widely regarded, even to their detractors, as a riotous live act. Now, thanks to Bandit999, you can witness some of that live fire from the Feelgoods, albeit sans the attention-grabbing antics of Wilko Johnson.