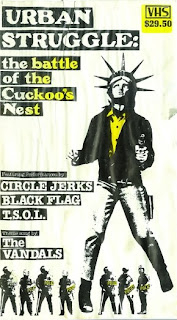 "Our main premise is to get people to hate us."
Derf Scratch, Fear


Especially with the bands present here (Black Flag, Circle Jerks, Fear), this 1981 documentary by Paul Young feels like a mini-sequel to Penelope Spheeris' seminal punk film The Decline of Western Civilization. In case you feel those grizzled punks complaining about how kids today have it soft are just seeing things through shit-coloured glasses, this film really captures the violent, repressive milieu these kids lived (and reveled) in.


Urban Struggle: The Battle Of The Cuckoos Nest from York Shackleton on Vimeo.


The footage for this film was incorporated into the newer documentary, We Were Feared, apparently without the legal OK. 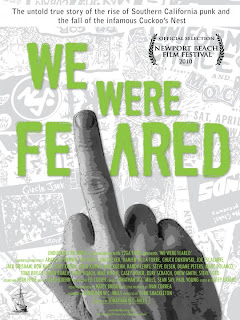 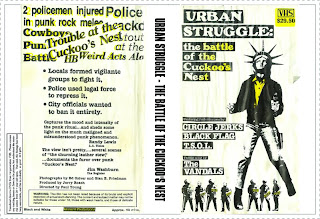 MRML readers, let us know what you think of this lost shard of punk rock history in the COMMENTS section!