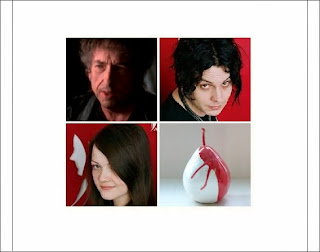 Chief amongst the virtues of Jack White was his reverence for so much of the best that had gone before him. And chief amongst his revered elders was none other than Mr. Bob Dylan. (more rare White Stripes here.)

Fortunately, White often interpreted some of the less beat-to-death items of the Dylan catalog, whether it was "Lovesick" , "Outlaw Blues", "One More Cup of Coffee or "Meet Me in the Morning".

As the art indicates, this collection of Dylan (and Dylan-related) live cover songs was expertly compiled, annotated and designed by StewART, though I can't yet determine if he ever made a volume two! 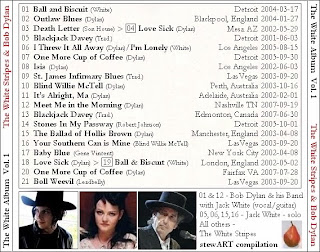 Leave us a comment about what you make of Jack White's Dylan obsession. 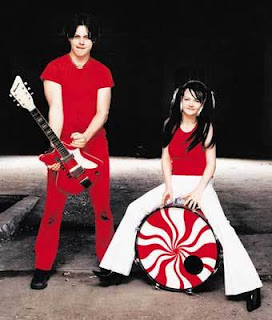