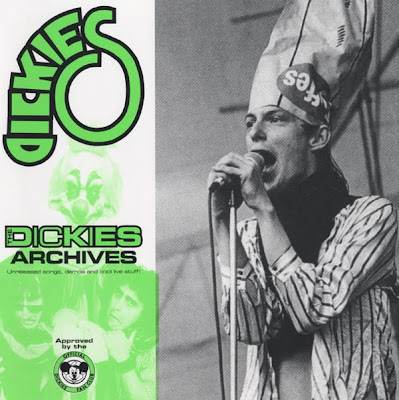 (Image courtesy of record collectors of the world unite)
The Dickies (see here) were my first musical lie. When they played a bar show at Wellington's in 1982, I was far too young too go. However, such was my desire to have witnessed this cataclysmic event that I told my grade eight peers (friends would not be the word) that I'd snuck into the show. It wasn't completely implausible, after all one of my peers (a guy named after a city in Texas and an exotic bird) got a note from his mom to leave school school early to see an afternoon show by G.B.H. I spun a convincing tale (based solely on my brother's report) of when Leonard used the squeak toy ("Curb Job") and when he pulled out the penis puppet ("If Stuart Could Talk"). Now I still occasionally fictionalize musical experience but to slightly different ends. 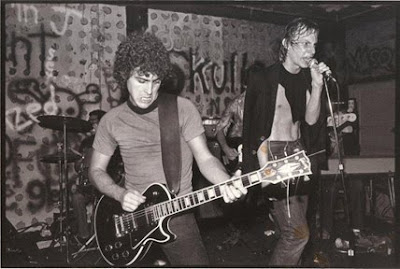 Truthfully, I finally did get to see the Dickies in Vancouver in '91. Leonard still pulled out the penis puppet and the gorilla mask (but not the chew toy) and he kept his left finger stuck in his ear while Stan played flashily as if to compensate for the zaniness. All was still as it should be. The Dickies are almost incorrigibly punk (pop division) and I still love them for it, no word of a lie.

Don't miss the rocking 1991 live footage and the revealing interviews below:


Archives 1 is a Dickies Fan club approved bootleg, which, via live tracks and demos, posits an alternate reality Dickies; rawer cruder and and just as much fun. 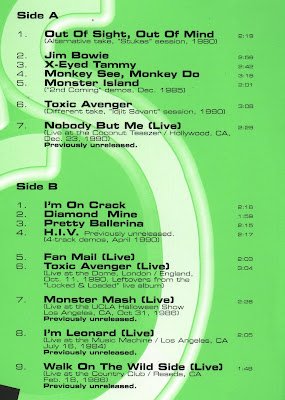 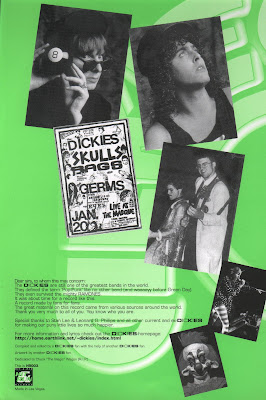 Here's some of your "I saw the Dickies and lived" stories:

My older brother took me to my first concert in 77 or 78 at the Showbox theater in Seattle, It was The DICKIES and 999 !!! Talk about life changing... I'd actually turned him on to Dickies and he turned me on to 999. What a wild show, Chuck Wagon (R.I.P) played the keys with his head, the whole thing was an adrenalin blur, I was 12/13 and this music was IT! I wanted to Play it, eat it, live it everything ! Both bands were at their peak, Dickies touring for the 1st album opened for 999 who were touring for their "Biggest Prize..." album. Never saw 999 again but I've managed to catch the Dickies @ CBGB's in '84 and a few other times, always great ! But that first was life changing and way better than the 1st time I got laid !!! Gigantor ! Gigantor ! Gi - Gaaaanaaann Torrrrr !

Somewhere around 1986 I saw the Dickies trash and then get thrown out of the "Cloud Nine" ballroom at Knott's Berry Farm amusement park of all places. They only played two songs and the park pussies pulled the plug on the sound and lights in the middle of You Drive Me Ape. The band got the crowd all riled up, and that inspired a near riot in the dark from the punks attending. After that there was nothing left but to get drunk and ride rollercoasters. Thank you Dickies for a memorable night. 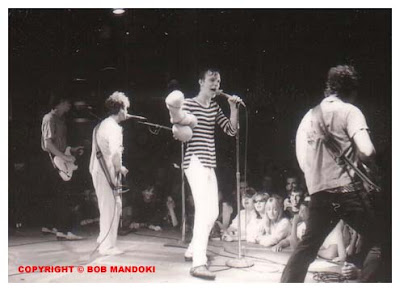 Email ThisBlogThis!Share to TwitterShare to FacebookShare to Pinterest
Labels: Dickies