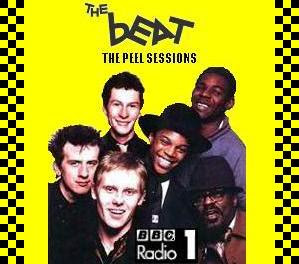 Since The Beat was a kinda dull band name shared by two very exciting late-seventies acts, North Americans got a rushing power-pop band named Paul Collin's Beat and a roaring ska-punk one christened, The English Beat. Nomenclaturaly, I'd say The English Beat won out as theirs was a peculiarly English beat, with rhythms learned from American R&B and Jamaican ska interpolated into the relentless forward-motion of the English strain of punk rock.


These three Peel Sessions show their early punkifed-ska sound as well as their later, smoother pop side, both of which are to be treasured for somewhat different reasons.

Peel Session are available on Edsel Records and Shout Factory.

Speaking of comment. Does putting the word English in The Beat's name make any difference one way or another?