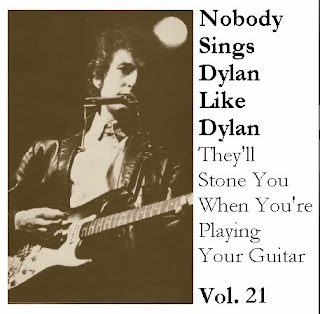 Well the "guitar volume" seems to promise a sequel to the "jam-rock volume" but this one is not without it's interesting inclusions, like The Band doing "Don't Ya Tell Henry" from 1969, Richard Hell (and Robert Quine) doing "Going, Going, Gone" as well as blazing Jimi Hendrix version of "Can You Please Crawl Out Your Window?". Of course there's the usual quota of stuff I usually make fun of as well as the first and last appearance of Guns N' Roses here (unless Chuck Klosterman himself Twitters about this post!) 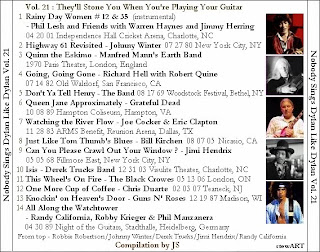 Speaking of comments, if you'd like the series to continue please don't forget to leave some words about these volumes.

Thanks to Jeffs98119 for compiling these and to stewART for the images.
Posted by jeffen at 6:33 AM