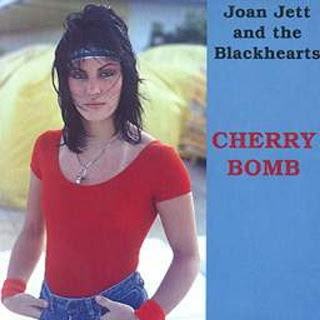 COMMENTER THANK YOU'S (#1 in an intermittent series).
(As MRML's thanks to the great commenters, those who add to the
conversation here, I'll be trying to fulfill some of their requests.
This one is for Midnight Rambler who runs the ever-amazing blog, Sons of the Dolls.

Here's a run-down of the rarities on this Fan Club only release from 1995. More Jett on MRML can be found here.
Cherry Bomb [Dance Mix]
Originally released as a special promotional only red vinyl 12 inch. This marks its first official release. The original version can be found on the Joan Jett and the Blackhearts album, GLORIOUS RESULTS OF A MISSPENT YOUTH.

A Little Bit Of Heaven
Recorded during the sessions for the GLORIOUS RESULTS OF A MISSPENT YOUTH album. This previously unreleased Jett/Byrd composition was produced by Kris Kimsey of Rolling Stones fame.

Who Can You Trust?
Previously unreleased 1985 composition, recorded for the movie "Gotcha" but not used.

Let It Bleed
Classic Rolling Stones song, recorded during THE HIT LIST sessions. Appeared as the B-side of "Dirty Deeds" single and as a bonus track on the Japanese version of THE HIT LIST. This is its first US release on compact disc.

Long Live The Night
Appeared on the soundtrack for the 1990 Tom Cruise movie "Days Of Thunder."

Right Til The End
Written with Jules Shear of Jules and the Polarbears fame, this 1987 track appeared only on the cassette version of the 1993 Joan Jett and the Blackhearts rarities release FLASHBACK and on the Japanese CD version of FLASHBACK. This is its first US release on compact disc.

Thanks for supporting the blogs you visit! 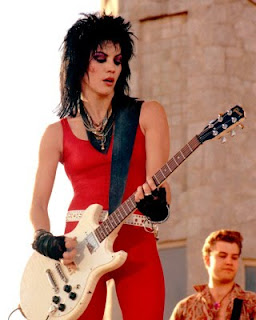