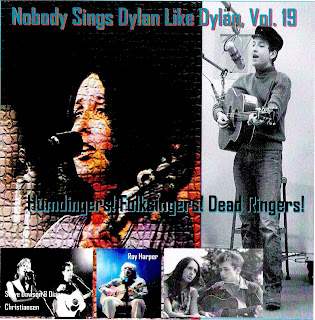 A folky volume built around Joan Baez's sweet cover of the old Dylan rarity, "Farewell, Angelina". As for the other artist here many are the kind of old school acoustic acts I grew up on, people like Arlo Guthrie, Ramblin' Jack Elliot and Mary Travers. 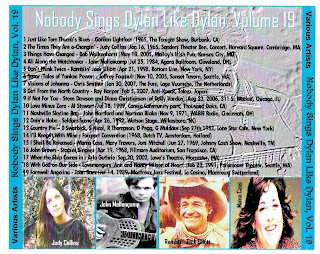 Speaking of comments, if you'd like the series to continue* please don't forget to leave some words about these volumes.

* I do believe your words here have helped inspire Jeff to begin compiling the series again - keep it up!

Thanks to Jeffs98119 for compiling these and to obatik for the images.
Posted by jeffen at 6:09 AM