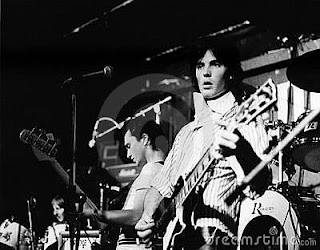 In the brief period The Damned were broken-up (late 77 to mid '78) punk's greatest beat-keeper, Rat Scabies formed the psych-pop-punk band The White Cats. While they never released anything they did record two great Peel sessions, which we present for your listening pleasure.

White Cats Peel Sessions link is in the comments

Speaking of comments, what do you make of Rat's ever-so-brief "solo career"?

These Peel Sessions have been donated to MRML by estimable Crimewave, give him thanks and check out his band's webpage.