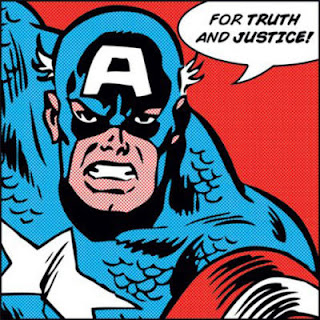 "Don't tell me the old, old story
Tell me the truth this time"
Billy Bragg


Yeah my 'side' won on November sixth but more importantly truth won out! While politicians are slippery with the truth by their very nature, the politicians of the Republican Party has become completely disconnected from reality. As they did with the climate change debate, they believed with enough lies and money they could dictate reality. But they can't: ocean levels rise up and so do disrespected voters. Watching the Karl Rove melt-down on Fox News on that earth-shaking Tuesday evening, was final proof of the party's utter disconnect from the world as it is. This party need to dump their delusionals and get its house in order. (For the cleverer version of this point, do yourself a favour and read Charles P. Pierce's take). And I say that as somebody who believes that a healthy opposition is crucial for a democracy. In fact, that sentiment, has been echoed across the left(ish) side of the internet, rather then rubbing Republicans noses in thier devastating loss. People like Rachel Maddow have offered a hard-headed but fair-minded defense of a saner Republican Party.  Even if you don't like her, she makes her case rationally:

Another thoughtful and hard-hitting take on this phenomenon was written yesterday by  John Heilemann:

What all of this signifies is that the Republicans now find themselves facing a moment similar to the one that Democrats met in the wake of the 1988 election, when the party found itself markedly out of step with the country — shackled to a retograde base, in the grip of an assortment of fads and factions, wedded to a pre-modern policy agenda. And so, like the Ds back then, the Rs today must undertake a wholesale modernization of their party, starting with, but not limited to, making real inroads with those ascendant elements of the electorate. Doing so will be a Herculean task, and one that will require not just institutional resolve but individual leadership; it will require, that is to say, that the Republicans find their own version of Bill Clinton circa 1990. But daunting as the task may be, what last night indicated is that the party has no choice but to undertake the assignment — because to forgo it would be to risk not just irrelevance but extinction.

Email ThisBlogThis!Share to TwitterShare to FacebookShare to Pinterest
Labels: Politics