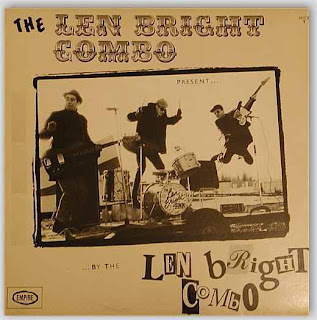 (Image courtesy of trixondrums)
Finding a new ally in Billy Childish's crew, not to mention another new band name, Wreckless Eric got back to basics; low-fidelity and high volume. At one extreme, on songs such as "Sophie", The Len Bright Combo's two 1986 albums (both are on this out-of-print CD) turn into a mass of buzzing, roaring and squealing - like a fleet of Harleys gunning their engines in a cramped slaughterhouse. In other spots Eric's heart is back on his sleeve, ready to be picked at in such finely-written, almost country-ish songs, as "Someone Must've Nailed us Together and "Shirt Without a Heart". Then running down the line between those extremes is the blazing punk track, "The Golden Hour of Harry Secombe". It's a smart, caustic mix of garage-punk energy and experimental noise-mongering, occasionally reminiscent of where Northwest bands like Mudhoney would later dare to trod.

If there's a track here that in twenty years, rom-com's and bands seeking novel covers will exhume it's the sing-along, "Someone Must've Nailed Us Together", which sounds like an older and wiser yet defiant take on the romanticism heard in "Whole Wide World". 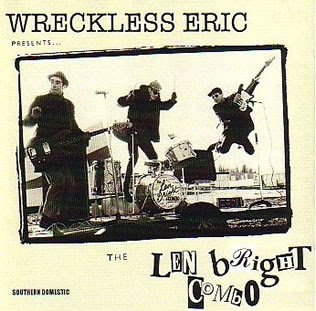 Speaking of the man's ongoing pursuit of Wrecklessness, here's Eric indulging his troubadour side on Belgian TV.