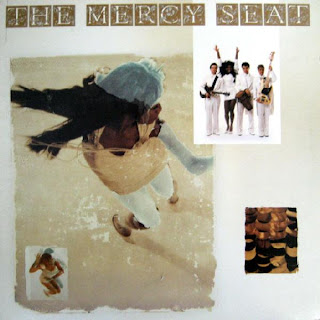 Back in the eighties, during a mourning period for one of punk’s innumerable deaths, hyphenated-punk became the rage amongst critics and copywriters. You had your folk-punk, funk-punk, polka-punk, acid-punk, cow-punk and a thousand others including: gospel-punk.

Let us be terminologically clear; we are not discussing so-called "Christian Rock", though we have and will again. Christian Rock is not a style of music per se: it can include any rock sub-genre whose band members sign the Apostle’s Creed or (to paraphrase the Simpson’s) change the word baby to Jesus in their lyrics. Now gospel is a style of music with all the attendant trappings; a beat (easily parodied by rock bands trying to diversify) an attitude (“praise the lord”) and origins in a socio-economic class who could be stolen from (Southern African-American church-goers).

Few bands have willingly shouldered the gospel-punk label. A Google search shows up a few bands or artists with a dubious link between these two divergent styles of music, which are connected by often-manic tempos, direct connection between performer and audience and a fervency that is supposed to remain uncompromised by the world. 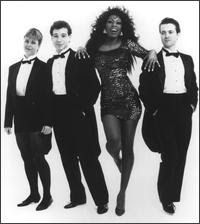 One band who got the label consistently was Violent Femmes leader Gordon Gano’s side project, The Mercy Seat. Their self-titled 1987 album (my vinyl was bought for me over twenty years ago by Doug over at Great White North) is gospel-punk in the sense that the Femmes were folk-punk. So maybe it’s gospel-folk-punk – what the fuck let’s keep those hyphens a-rollin'. The tempos bash (most of the time), bombshell Zena Von Hepinstall’s (who writes the songs that aren’t vintage gospel) raucous vocals clash with Gano’s adenoidal bray and you can hear why this gospel-punk thing is such a bitch to pull off.


The Mercy Seat - I Don't Need Nobody Else 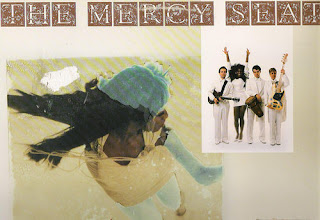 {MRML Readers weigh in in the comments section: Whaddya make of this "gospel-punk" business?} 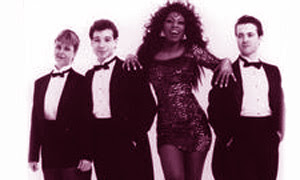 For a live bootleg of the Mercy Seat go visit Flipsideman
Posted by jeffen at 10:12 AM