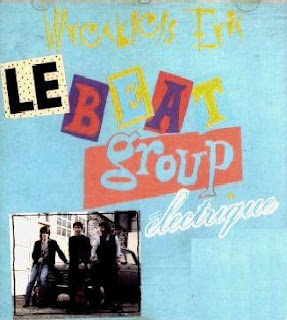 Wreckless Eric has stuck to his guns. Those guns, his chugga-chugga guitar and his garbled vocals, are like old flintlock muskets: crude, noisy and deadly at close range.

Following the premature death of the Len Bright Trio, Wreckless Eric, by then dry and living in rural France, put out Le Beat Group Electrique with Catfish Truton (drums) and André Barreau (bass) in 1989. LBGE bit were almost as grimy and roughshod musically as the LBT but with less noise-for-noise’s-sake and more sharp song-writing. Eric sounds like a ramshackle Buddy Holly on tunes like "Tell Me I'm the Only One", while "Sarah" is Dylan-esque put-down that sounds somewhere between the early Beatles (hopped-up in Hamburg era) and Van Morrison (circa his early work with Them). At one point, he channels Lou Reed on “Just For You” but not until putting a Wreckelss pop spin on mental illness, with the ironically chipper-sounding "Depression".


Listen to this album, all 32:17 of it, and you'll be struck by how fearless Eric is; he remains unbowed and well-armed. 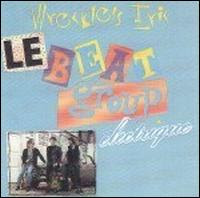 {Thanks to MRML readers for the landslide of comments in favour of greater Wrecklessness.
Now please leave us a comment on Le Beat Groupe Electrique or your angle on Wreckless Eric's highs and lows or whatever the hell else strikes you.} 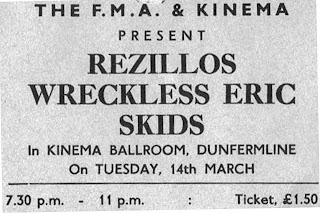 (Sigh. Ever get the feeling you were born in the wrong place, at the wrong time?)
Posted by jeffen at 7:29 AM