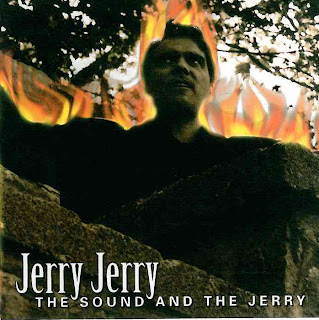 "A part of me felt Like Elvis, it was not a large part."
Jerry Jerry
Jerry ended his recording career and his contract with Aquarius with a 1997 solo album named The Sound and the Jerry. It's truth in packaging, as the record is the sound of a very solo Jerry sans his Sons of Rhythm Orchestra. The loss is palpable. While there are a slew of witty moments herein and some nice raw guitar, Jerry needs a co-writer and a full band to really shine. That said, Jerry's never less then entertaining and fans of his early work will find plenty to grin about on this album, whether it's the hockey ballad, "Balloons" Jerry's talkin' blues-rap,"I'm Smart"or the children's science lesson that is "Venus". 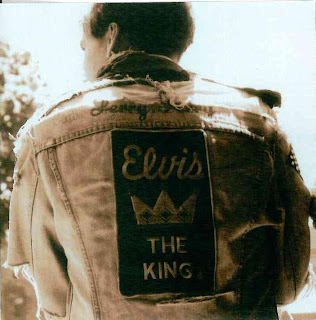 P.S. Big thanks are due to CallPastorBob for the cover scans, though he does not wish this to be seen as offering his approval of the album in question.

Download The Sound and the Jerry CD
Posted by jeffen at 7:24 AM