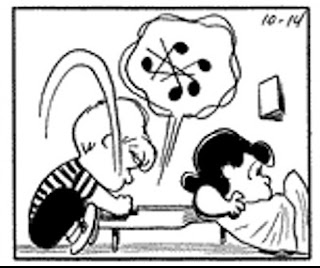 Year-end lists (Best Singles/E.P.'s HERE, Best Under-Appreciated Albums HERE) can be a bit ludicrous but please suspend your disbelief in the comprehensiveness of this blogger's listening and enjoy some ripping tunes. And ripping it must be, since we here at MMRL crave music that, regardless of genre, >> moves >> 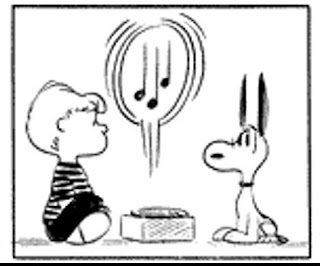 Unlike the Best Under-Appreciated Albums and the Best Singles/E.P.'s lists, neither acclaim nor success are a factor here (though no one release can be on more than one list)  - this time it's strictly about the songs! 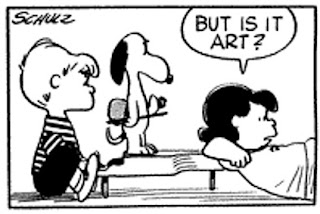 So while I considered only releases not covered on my previous lists, I still chose to rank my choices for song of the year according to their importance. However, this is not meant  to be The Most Important Songs of 2012, intriguing idea as that is, but rather my narrow, retro-biased 2012 playlist ranked in order of importance, as I saw it. So I'm not trying to  freight my choices with deep significance, only arguing that music is not just an app or an add-on but a force of history.


20.  The Haddonfields  - When She Left (listen)
Slow and steady be damned - the race goes to the swift!
If you play fast enough you can finish a song a three-minute pop song in 1:37!


18.  Green Day  -  Let Yourself Go (watch)
Sometimes amidst the refuse, there's something redeeming.
Three albums in a row? For fuck's sake, grow up Green Day ("Fuck you, Tom Selleck!"). Were there enough songs as propulsive and catchy as "Let Yourself Go" to create one strong album? Probably, but even I, a devout fan, couldn't make it past Dos!


17.  Air Traffic Controller  -  Hurry, Hurry (watch)
The past is another country but the border is undefended.
Indie-pop band Air Traffic Controller get accused of ripping off They Might Be Giants and Talking Heads a lot but band leader and real-life US Navy ATC, Dave Munro has already developed his own distinct voice.


16.   Bob Dylan  -  Dusquene Whistle (watch)
As their age advances some musicians becomes more like magicians.
Okay, Tempest got more than its share of praise but in "Dusquene Whistle" Dylan has pulled out of his hat a clear, standout single something he hasn't really done since "Things Have Changed".


15.    The Big Pink  -  Oh Superman (watch)
Sometimes the memory of a thing is better than the thing itself.


14.   Bob Mould  - The Descent (watch)
Every generation anoints an avatar of their angst.
Sure, sure we can all admire Contended Disco Bob but it's Angry Distorted Bob, on display on "The Descent", that we need.


13.  Gaslight Anthem  -  45 (watch)
Metaphors, even anachronistic ones, still hold their power in this modern age.
Hand-Written was a clear let-down - Pearl Jam worship is no basis for a sustainable new direction - but there were still a few of those timeless moments, like "45".


12.  Die Toten Hosen  -  Rock Me Amadeus (watch)
Music, like a fist in the face, is an international language.
Due to their usual commitment to sing in their native tongue Germany's Die Toten Hosen are superstar's in their homeland and unknown in most of the rest of the world (who only notice them when they do English-language covers, like "Rock Me Amadeus").


11.  Don Williams  -  Better Than Today (watch)
Old dogs are too smart to need new tricks.
We've lost some of the best country singers in this century -  Johnny Cash, Waylon Jennings, Porter Wagoner - so appreciate country vet Don Williams' defiant and unsentimental optimism, knowing that he didn't come by it cheaply.


10. Classics Of Love  - Castles in the Sky (watch)
You can always go home again, in fact, you may have never really left.
Operation Ivy/Big Rig/Common Rider front-man Jesse Michaels' return to active duty in Classics of Love proves he still has the fire in eyes and in his belly!


9. July Talk  -  Paper Girl (watch)
There are always combinations yet untried.
This Toronto indie-blues-pop band raised a few hackles for their odd juxtaposition of styles but it sure makes for a striking sound on this single.


7.  Charlie Peacock  -  Let the Dog Back in the House (watch)
It's never too late to peak
Charlie Peacock, known more these days for producing bands like The Civil Wars then for his own extensive discography, has crafted a career peak in an album that sounds like what would have happened if T-Bone Burnett had produced Graceland. "Let the Dog Back in the House is his duet with the Ghana-born, Nashville-based singer Ruby Amanfu and it shows off how three-dimensional his production work can be!


6.  Tim Barry - 40 Miler (watch)
One man, one guitar and locomotion are eternal values.
Itinerant folk-punk Tim Barry can't stand "songs about writing songs, albums over  minutes forty long and broke-up bands on their third reunion tour" but he's happy as hell to tell you that "music should sound like escape not rent."


5. First Aid Kit  -  Emmylou (watch)
History has hooks.
What do a pair of young Scandanavian women know about country music? Listen and learn...

4. Cloud Nothings  -  Stay Useless (watch)
Great music still yearns for something, even if it's something not clearly understood.
Attack on Memory deservedly made a slew of Best-Of lists, even though to me nothing on the album was as trans-fucking-cendant as this paean to empty moments.


3. Redd Kross  -  Stay Away from Downtown (watch)
Youth will be served, at least by the time they hit middle age.
How did a band who've been recording since they were teens put out their greatest song (and surely their best album) thirty years into their career?!?

Better to be loved after you're dead, then never loved at all.
With three out of four of the original Ramones dead, the world had to take notice of Ya Know, a posthumous musical scrapbook, with some amazing songs like "What Did I Do to Deserve You?", curated by Joey Ramone's brother, Mickey Leigh.


1. Bruce Springsteen  -  We Take Care of Our Own (watch)
Music is a tie that binds.
When Obama finished his victory speech, "We Take Care of Our Own" came on over the loudspeakers and you knew that Springsteen, who campaigned for McGovern in '72, railed against Reagen in '80 and stumped for for both Kerry and Obama had done his most important political act by creating this fiery statement of purpose.

DON'T LET SILENCE OFFER THE FINAL WORD -
LET US KNOW WHAT YOU THINK! 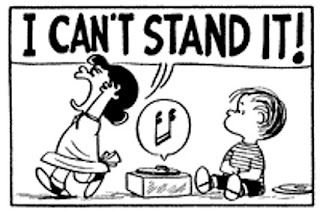 A)  TELL US IF WE MAYBE GOT YOU TO LISTEN TO SOMETHING NEW!
B)  TELL US WHICH GREAT SONGS YOU HEARD THIS YEAR!!

Email ThisBlogThis!Share to TwitterShare to FacebookShare to Pinterest
Labels: Best of 2012, Best Songs of the Year