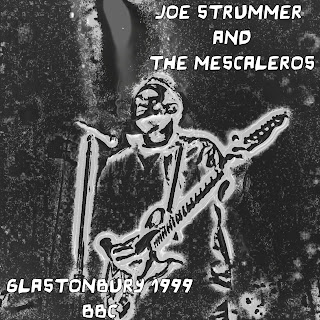 Was there ever really a Strummer comeback? (A Strumback?)

While I dutifully bought Earthquake Weather and the Permament Record soundtrack they weren't very moving. Then came the acid-house/world-beat Rock Art & the X-Ray Style in 1999 and the bottom fell out of my Strummer obsession. I'd like to say I hated that record but I couldn't stay awake long enough to rouse any sort of emotional reaction whatsoever. It was during this time that I passed on an opportunity to drive down to Minneapolis with one of my silent blog followers (he knows who he is) to see Strummer. Not only did I not go, I may well have heaped scorn on the possibility.

I now greatly regret not seeing the man in action and while I've come around quite a bit to both of the first two Mescaleros albums in many ways, I still can only see the very last album, Streetcore, as a true Comeback.

Even with such a powerful final testament, whispers abounded: were all those glowing reviews just "we'll love you when you're dead" critic-talk? Did the band (or the label) fiddle with what Stummer had intended for those final tracks? Those were baseless charges and could not erase the fact that Strummer laid out one of the greatest works of his career in the days and hours leading up to his untimely demise.

What follows is Strummer's smash-out-the-cameras performance from Glastonbury 1999 that was taped by the BBC so that it might forever bear witness to a legend's comeback. 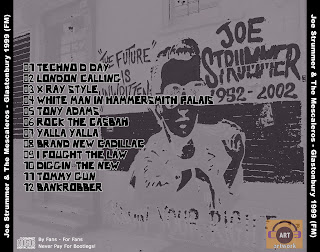 Glastobury 1999 link is in the comments

Speaking of comments, when do you think Strummer made his comeback? 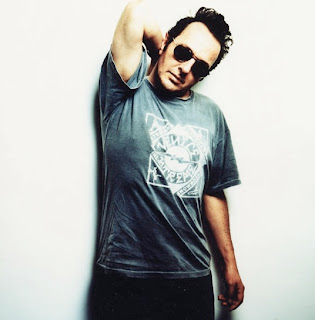