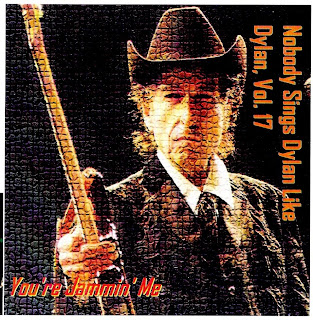 Am I really posting the jam-band volume of this otherwise-excellent series? Apparently I'm like the snake whose begun eating the frog and can't turn back now... (If like me, you find jam-bands dull as dishwater, worry not; this is just a digression.) 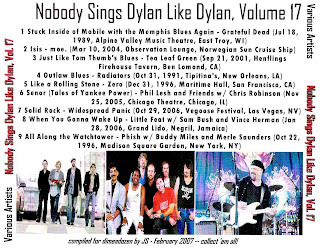 Nobody Sings Dylan Like Dylan Volume Seventeen link is in the comments!

Speaking of comments, don't forget to leave some words about these volumes.

Thanks to Jeffs98119 for compiling these and to obatik for the images.
Posted by jeffen at 9:26 PM