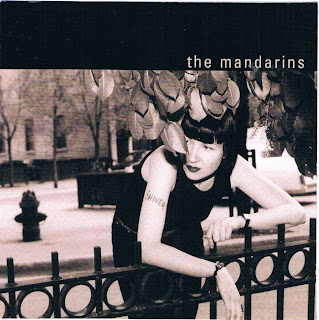 So let's follow The Primitives with The Mandarins - a band who might've fit on the bill at the Reading Festival in the nineties, slotted somewhere on a stage with Lush, Echobelly, Ride and Sleeper. While these are not exactly the sort of bands traditionally name-dropped here at MRML, all those bands represent another aspect of the British's relentless obsession with guitar-based pop for which we here are ever-grateful. 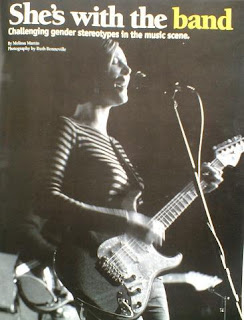 The Mandarins' chance of being noticed by the fickle UK press were minimized by simple geography, as they came not from Manchester or London but from Winnipeg, Canada. It's a damn shame because Tanya Jonasson's songs shine bright and clear and she's backed by a strong band featuring all of the early members of The Paperbacks (who were led by former Bonaduce, Doug McLean and also featured drummer Jack Jonasson and bassist Jarret McNabb). Of the two tracks, from the 2000 e.p., Shiver, below "One Strong Backstroke" represents the resilient, up-tempo side of the band, whereas "Between Heaven and Mexico" shows off their dreamier side. Enjoy.


Shiver E.P. link is in the comments

Speaking of comments, let us know if you like this. 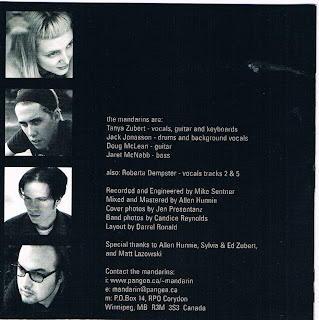 Thanks to CallPastorBob for the scans.

Email ThisBlogThis!Share to TwitterShare to FacebookShare to Pinterest
Labels: Mandarins