Chixdiggit: Chronic for the Troops 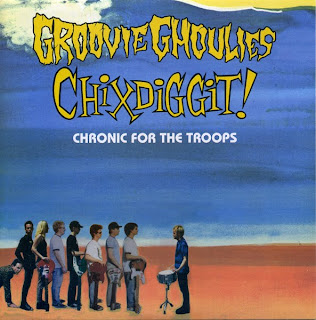 Y'know while Chixdiggit (see "Best Hung Carrot in the Fridge" here) have the chugga-chugga Ramones guitar, the song-writing is a pretty complicated confection, once described, tongue-in-cheek, by KJ as "Glen Campbell meets Queen". The few covers they do, however, show a distinct late seventies/early 80's bias. 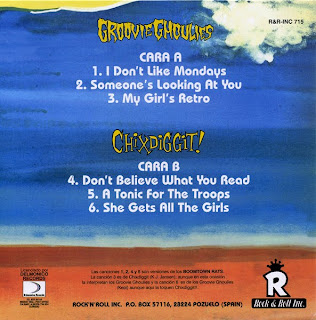 The band pretty much doubled their repertoire of covers on this 1998 split with California's The Groovie Ghoulies. While the band covered a Ghoulies song, as befits nineties split releases, the main purpose here is to pay tribute to The Boomtown Rats. On this out-of-print release the Ghoulies make two songs from The Fine Art of Surfacing sound more like Screeching Weasel and the Chix RocktheHell out of two songs from MRML favourite Tonic for the Troops.

Chronic for the Troops link is in the comments 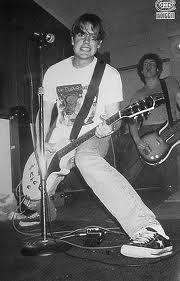