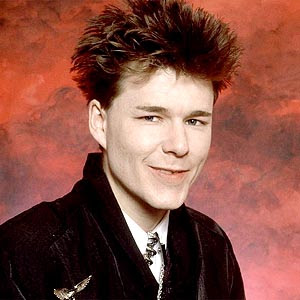 Does what it says on the tin and in a very poignant manner. Rather than my blather I'd like to re-print this piece from Crawdaddy Magazine, written by regular visitor Jeff Rosenberg

This is the first eulogy I've ever been moved to sit down and write. I share it here in tribute to a man who really touched my life when I was a kid.

Into the lifeless, synthesizer-besotted era of popular music that was the early 80’s, emerged a handful of bands whose sound and spirit rang out like a clarion call of the heart. Among these groups were U2 and the Alarm, but far more visible on MTV and the radio than either, early on, were Scotland’s Big Country. Their anthemic first hit sang not of the emptiness then in fashion, but of primal, spiritual survival: “In a big country, dreams stay with you, like a lover’s voice fires the mountainside – stay alive!” Tragically, we learned this week that the man who wrote and sang those words could no longer bear to take his own advice. Stuart Adamson was found dead Sunday, all alone in a hotel room in Hawaii, a victim of alcoholism and depression, a month and a half after having left his home and family without a trace.

But back in my youth, Stuart Adamson was a zealot of the human spirit, and his fervent politics of the heart were only made more explicit on his band’s powerful second album, Steeltown. Ever since then, and despite their subsequent fall from grace, I always suspected Big Country were a great band. Now, with the death of one of their members, it’s confirmed. All the great bands, it seems, have at least one dead member. Which means that even INXS, in the final analysis, is a great band. Their leader, Michael Hutchence, died, himself, like Stuart, alone in a strange room, either directly by his own hand or, just as directly, by his own heart. His suicide confirms that there was real pain, to invoke a now-tainted phrase, behind the music. And Bono’s song for his dead friend Michael will have to serve today as eulogy for his old cohort Stuart as well. You’re “Stuck in a Moment You Can’t Get Out Of,” sings Bono, his voice never having bled with more compassion, and we see past the trappings of rock stardom to the heartbroken poets often caught in the middle of it all. And we know that alcoholism and depression are diseases so powerful they need no backstage pass to gain access to their famous victims, they need no private jet to remain right on their tail. And, then, we look to our musician friends here in our own community, the celestial bodies of our own tiny musical solar system… and we find the same pain hiding here. The same diseases. For musicians, singers, songwriters, poets, the heart is an external organ. And so, easily susceptible to conditions such as these.

And in the same way that our music dollars flow outward and faraway, we also give those distant stars our compassion, as Stuart Adamson’s death has touched and saddened me so deeply this week. But I know that these same illnesses of addiction and depression that killed him are indeed preying today on the hearts and minds of musicians and non-musicians alike, right here in my community. On my friends, your friends, our brothers and sisters. And so I want us to rededicate ourselves as well to cultivating our powerful compassion – powerful for the strength it can give us to do heroic deeds in the service of others – and bringing it to bear in hope of healing the victims of these diseases, in the here and now. If you have a friend who has a real problem with alcohol, please, as hard as it is… don’t not talk to him about it. If you suspect someone you know is depressed… ask her if she is, and listen closely to the response. If there are musicians, or others, in your life who move you, whose very presence you feel makes your world a better place, please let them know. Today. Because these diseases thrive in solitude and silence.

And we might not be able to reach those distant musician heroes of ours who may be in pain, other than by our prayers, lacking, as we do, the backstage pass and the private jet. But for those within our circle, we can do so much more. We can reach out, and we can help each other heal. So in memory of one more fallen hero of mine, I ask you, please, to resolve to do your part. 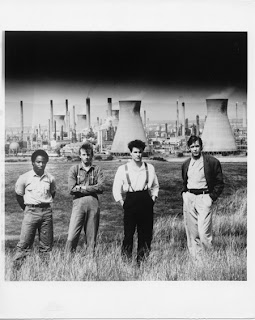 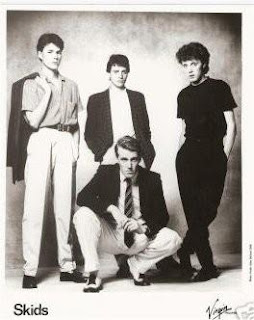